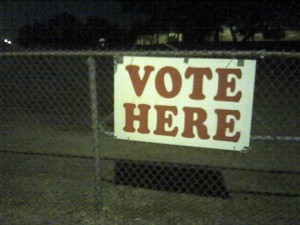 Democracy is founded on the principal of each person having not only the right to vote, but the ability to do so through a process that does not require passing obstacles and forfeiting wages by standing in lines for hours on end. 201,000 voters in Florida gave up trying in the last election, after over 7 hours of waiting in line.

Those that wish to make this process more cumbersome in an effort to discourage certain groups from voting are betraying our ideals. After a recent SCOTUS decision that weakened the 1965 Voter’s Rights Act, many state houses across the nation have been focused on how to take advantage of the ruling to gain control by rewriting state election rules.

Voting in America is state run. There is no federal oversight. Each state decides how to best administer the voting process, which is what the Presidential Election Commission focused on in a year-long study to make recommendations for consideration for states to review. The suggestions have been described by Obama as “eminently doable.”

The Commission’s report, titled as The American Voting Experience, has been released in an article in the Washington Post on January 22.

Sadly, none of these reports or discussions bring up the biggest threat to our democracy facing the nation: the Citizen’s United ruling. By allowing unfettered amounts of corporate cash to pour in without transparency, our candidates now run campaigns on glitzy advertisements that avoid discussion of basic issues and instead focus on attacking their opponent. “Town meetings” are now actually fund raisers, and gerrymandering has become all the rage. The result is an electorate with decreased confidence in voting outcomes.

Politics are local. Get involved – volunteer at your local election committee and polling place. Make sure rules are set that make ALL voters able to cast a ballot, regardless of party, age, gender, religion, orientation, race, ethnic group or other classification status. Clear the path so every American that has the right to vote can do so freely, unintimidated, timely and confidently.