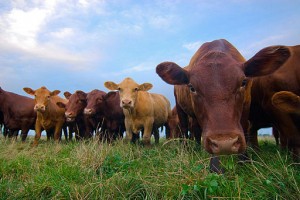 The US House passed the 2014 Farm Bill, proclaiming their pride of a “bipartiisan” piece of legislation that now moves to the Senate. At the core of the bad policies included with some good ones in the Bill are the cuts to the food stamp program known as SNAP. “This is legislation we can all be proud of because it fulfills the expectations the American people have of us,” said Representative Frank D. Lucas, (R-OK), who led House efforts to pass the farm bill, according to a report in The New York Times.

The Bill will cut $8 billion from SNAP over the next 10 years. To soften the blow, the draconian measure was wrapped in the language of “only a 1% cut” when revealed to the public. That doesn’t sound like a big deal, right?

The 1% cut will be taken from 850,000 households across 14 states, with as much as a 50% cut to those household’s monthly benefit. Hardest hit of the cities will be New York City itself, where 40% of food stamp recipients are military veterans. The statistic of 1% was derived by using the national number of recipients to average the effect of the 850,000 households losing 50% of the benefit. Otherwise, we would be shocked, outraged and demand the Senate not pass the bill.

I don’t know about you, but I am shocked and outraged. To take food from the most vulnerable people and average it over the nation’s total program recipients for politics-before-people purposes is nothing less than lying to the public about the effects of legislation. They think the public can’t figure basic math and will applaud their efforts without examining the real facts.

Since when has not feeding a veteran’s family in New York City been beneficial for a farmer in Iowa? How is a “Farm Bill” related to feeding FEWER people? Attaching the SNAP cuts to the Farm Bill is purely political, and comes after other cuts to the program have already been passed. After growing up on a farm, I can say this smells very much like organic fertilizer of the male bovine kind…

After all, throwing a veteran’s family under the manure spreader is easier for Washington than throwing corporate tax breaks under the plow. They are learning to compromise…