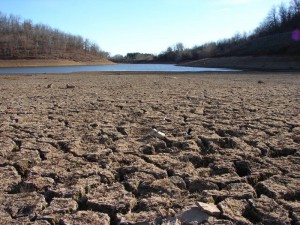 In the rush to drill, baby, drill and frack every drop of shale oil from wells throughout America, we have managed to overlook a severe and disastrous consequence – water. According to a recent report in the Guardian, “It can take millions of gallons of fresh water to frack a single well, and much of the drilling is tightly concentrated in areas where water is in chronically short supply, or where there have been multi-year droughts.”

Oil wells currently just happen to be near areas that are already experiencing drought. California announced emergency water levels as of last week. Texas has been in drought for years. This does not take into account the needs of communities and farming, the two largest users of fresh water.

Of the nearly 40,000 oil and gas wells drilled since 2011, three-quarters were located in areas where water is scarce, and 55% were in areas experiencing drought, the report by the Ceres investor network found.

It seems obvious to most of us that these sort of consequences should be debated and realized before consent is given for drilling. But oil and gas companies fund their own studies and then  pay to rush permits and quicken the process, hoping science does not catch up before they have secured the ability to keep fracking over America.

Oil and water have never mixed.