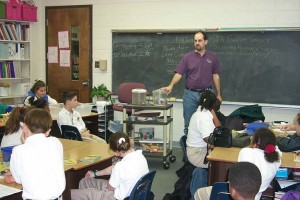 On February 20, the Arizona Senate Education Committee voted along party lines for SB 1310, which bans Arizona from implementing the Common Core standards that they had adopted four years prior. A rational, thinking person might wonder what reasons they gave for such a move, considering that they’ve been adopted by 45 states. Well, it just so happens that rational and thinking are terms alien to the majority of the committee.

When asked if he had ever read the Common Core standards, Senator Al Melvin (the champion of the bill) replied “I’ve been exposed to them.” He then went on to say he understands that “some of the reading material is borderline pornographic.”, and that the program uses “fuzzy math,” substituting letters for numbers in some examples. Personally, I never thought that algebra was “fuzzy math”, but I digress…

This is just the latest attack in an ongoing war on the public education system in America. From the undue influence that the Texas Board of Education has on what goes into our children’s textbooks to creationism being taught as science in public schools, the quality of education, especially in the south, has been declining continually since 1983 when Ronald Reagan began the push to privatize schools.

The ironic part of the privatization push? Reagan claimed that privatization was necessary because of a failure of the public educational system. However, his reasoning was based on a fuzzy math error. The Scandia Research Group was commissioned to discover why test scores had fallen during the time of this study: they found that the average scores had risen in each income group, but because the students whose parents were in the lower income group were more heavily represented in the second study, the overall average went down. Thus, the “education reform” we’ve suffered over the last thirty years was the response to a flawed premise. 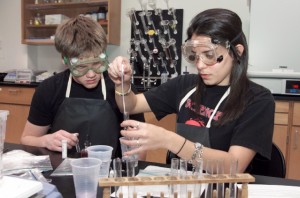 As the movement to privatize schools grew, the diversion of funds to voucher programs for parents who wanted to send their children to these schools also grew. This combined with the slashing of education budgets in the name of “budget balancing” to offset massive tax breaks to the wealthy and business community led to overcrowded and understaffed public schools lacking enough money to provide their students a quality education. In 2013, 99.5% of teachers spent an average of $485 out of their own pockets on school supplies.

Meanwhile, the conservative media denounces teachers and their unions as parasites and greedy layabouts. We’ve seen the stripping of collective bargaining rights away from the teacher’s union in Wisconsin, and the taking away of benefits that were given to the teachers through union negotiations in lieu of a raise in salary, yet the majority of our citizens either stay silent or applaud the legislatures for “making tough decisions.” Meanwhile, their children and their community’s children pay the price.

Here in Minnesota, we’ve begun to reverse the damage done by Tim Pawlenty’s administration and their cuts in education to give tax breaks to the wealthy. The current budget increases education spending by $550 million over the next two years, and will pay back $850 million borrowed from the education fund. The other states need to follow Minnesota’s example, but will it be “too little, too late” for many of our children?