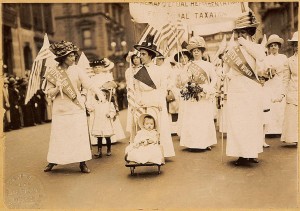 Today is INTERNATIONAL WOMEN’S DAY. Here is a glimpse of what caught our attention while looking for motivational stories or events to mark the importance of women throughout the United States:

MASSACHUSETTS: Court ruled there is nothing illegal about “upskirting”, the practice of using a phone or other device to photograph under women’s skirts while in public. Responding to public pressure and outrage, the legislators in that state quickly passed a law that would protect the expected privacy rights of women who are brave enough to venture out into public while dressing like – GASP! – a woman! Check your local listings for laws in your state.

TEXAS: By September of this year, all but six abortion clinics will be closed as state laws are passed limiting the ability of most to remain open. There are 26 million women in the state of Texas. Meanwhile, women are going back to pre-Roe days to find a means to terminate pregnancy, even in cases of rape, incest or when the mother’s life is endangered. As a result, more women are suffering serious health issues and death from self-induced procedures gone wrong.

On March 6, a bill to reform how the military handles cases of rape and sexual harassment in the military was once again defeated. Meanwhile, 40% of assault victims report the perpetrator was their ranking officer. 79% of women serving in the military during the past 40 years report persistent experiences of sexual harassment. The Army is investigating its top sex-crimes prosecutor, Lt. Col. Joseph Morse, on allegations that he groped a female lawyer at a sexual-assault conference in 2011, Army officials disclosed Thursday. Sexual assaults in the military during 2013 rose by 60% over the reported numbers from the year before.

The recently passed Farm Bill, with its reductions in SNAP spending, in addition to the recent budget and sequester that took cuts to the same program, targets low-income, predominantly single parent homes by reducing their benefit by 50%. Most of these recipients are single moms.

We repeatedly see rapists and domestic abusers released by the courts, while the victims continue to suffer public trial and internal terror as their nightmare never ends. Their justice is not served when restraining orders are not enforced, probation violators are not locked up and communities rally behind the perpetrators if they happen to be athletes or prominent figures.

Refusal to pass a minimum wage increase impacts more women than men, and in addition, women make less than men in the same positions. Economic hardship is a means of control for many women who desire to achieve higher goals in life.

CPAC: Paul Ryan tells a story of a boy who asks for a brown bag lunch instead of free lunch at school. Ryan declares “a full stomach and an empty soul” to describe the outcome of allowing children a free lunch at school. “A brown bag lunch means someone cares about me,” Ryan says the little boy claimed. What Ryan is really saying, in addition to his continued assault on low income families, is that if your mom doesn’t pack you a lunch instead of having you participate in the school lunch program, your mom doesn’t care as much about you. Shaming a parent for poverty by using their child is reprehensible.

Affordable Health Care Act: Bills introduced in Washington would allow corporations to decide contraceptive coverage under health insurance policies for female employees, based on the religious convictions of their superiors, most time men. The measure would allow invasive questions including how often they intend to have sexual relations.

Voter ID laws target women who have changed their name through marriage or divorce. If the photo ID is not an exact match to the name in the voting record, the voter must provide documentation. By abiding by most state requirements to replace driver’s licenses or other identification within 30 days of a name change, women risk not being able to vote in their next election.

If I were to list everything that has taken place recently, this posting would go on forever. My point is that until we treat women the way our laws and media say we do, these things will continue to happen. Never have we seen such a concerted effort to retreat to an era we fought to emerge from so many decades ago.

Celebrate this day by making the decision to inspire change where you can.