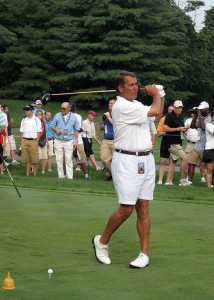 On April 1, Speaker of the House John Boehner made the statement that the ACA would cause people to lose full-time employment. This is a talking point that has kept resonating within the House of Representatives as we have watched them vote over 50 times to attempt repeal of the signature law of the Obama administration.

But he actually is not lying – and he might just get his way. John Boehner hopes you don’t learn that a bill in the House would redefine “full-time employment” as a minimum of 40 hours per week, meaning employees that are now classified as full-time at 30 hours or more would lose insurance coverage from employers when scheduled for any less than 40 hours average.

HR 2575, ironically named the “Save American Workers Act of 2014,” seeks to strip benefits from employees that work more than 30 hours but less than 40 per week. This is a blatant attempt to punch a hole in the mandate for employer coverage, furthering the efforts to dissect, dismember, eviscerate, and further impale the health care law.

If the same people were to put the equivalent amount of energy into creating a jobs bill, perhaps we would not need to be worried about extending unemployment benefits – we would have more jobs than workers. Maybe you don’t see a need for a jobs bill as much as a need for immigration reform. Maybe you’d like to see your representatives working on laws that bring accountability to Wall Street funding.

The failure of our Congress to be able to pass any meaningful legislation is appalling. Today, the House passed “The Weather Forecasting Improvement Act of 2014,” HR 2413, that forces the National Oceanic and Atmospheric Administration NOAA to “prioritize weather-related activities” by putting funding and equipment toward forecasting tornadoes, hurricanes and storms – only. The provision asking NOAA to be able to predict tornadoes in order to warn communities at least an hour in advance seems all but science-fiction in aspiration. They state in public that climate change is a “left-wing term” while denying the science of 16,000 researchers in favor of the two they found that disagreed with the science. All this while passing legislation preventing government agencies from even studying the issue is the equivalent to those who still argue the earth is flat. We hope the Senate understands this issue to be a real threat to our nation and refuse to even vote on the bill.

“In 2011, a House-passed bill cut funding for NOAA satellite programs, which play a key role in weather forecasting, and in 2012, Republican lawmakers proposed further cuts to the satellite program. NOAA was also hit by last summer’s across-the-board sequester cuts, which forced NOAA to furlough employees so it could keep its weather forecasting and satellite operations intact,” a report in Think Progress reads. “Already, NOAA spends more on weather forecasting than it does on climate research. In 2013, NOAA spent about $742 million on local weather warnings and forecasts, compared to the $108 million it spent on ocean, coastal and Great Lakes research and $176 million it spent on climate research. And though the link between climate change and severe weather has grown clearer, NOAA has called for more research into the potential link between climate change and tornadoes, which is not as well understood.”

Our international friends and allies are well beyond figuring out national health care systems. They are discussing climate change and the effects of drought, flooding, famine, disease and property loss it will bring and the tensions that will result as food supplies become scarce and more threatened.

It would be nice if our Congress could keep up.