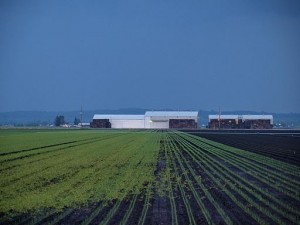 By Michael Gil from Toronto, ON, Canada (Fields of Rain Uploaded by OSX) [CC-BY-2.0 (http://creativecommons.org/licenses/by/2.0)], via Wikimedia Commons

Today (April 17th) is the International Day of Farmers’ Struggles. Started by La Via Campesina in 1997 in memory of the 19 peasant farmers who were killed while defending their land rights on April 17, 1996 in Eldorado dos Carajás, Brazil,  this year the focus is on seed sovereignty, or the right of a community or individual to have access to and control over their agricultural seeds.

You might be asking yourself “Seed sovereignty? Why is that important?” We only need to look at two recent Supreme Court rulings to see why. Bowman v. Monsanto ruled that farmers could not collect seeds from crops they’d grown from Monsanto seeds and use them the next year. While the Court’s ruling was more about patent law than about crops, the implications are obvious, especially when combined with the second ruling.

The second ruling was more of a non-ruling than anything else. In January, the Court refused to hear Organic Seed Growers and Trade Association et al v. Monsanto’s appeal of a lower court’s ruling that a farmer could be sued for having over 1% of Monsanto GM plants on their acreage even though the reason why they had the crops were through contamination of their seed stock.

The idea that a company can essentially eliminate its competition through suing for involuntary patent infringement on the part of the defendant is horrifying enough. When it also deals with the food supply, we have a big problem.

Occupy World Writes stands in solidarity with the farmers and urges everybody to join or start an International Day of Farmers’ Struggles action near you. We reject the idea that any corporation should be able to exert that much control over the food supply, and we believe that farmers shouldn’t need to worry about unwanted seed driving them out of business.