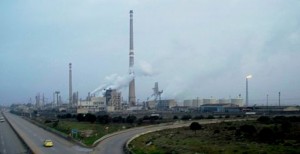 The Syrian civil war has been going on for three years. And, while we’ve discussed the war from various angles here at Occupy World Writes, we’ve never really discussed the reasoning behind the responses by the United States and Russia, and why they seem content to let the horrific violence continue. They claim that it’s to “allow the Syrian people to decide their own destiny”, but are they really that altruistic?

It’s 2001, and the United States had just suffered the deadliest terrorist attack on U,S, soil. In 2007, General Wesley Clark in a speech at the Commonwealth Club in San Francisco stated that a Pentagon source had told him weeks after 9/11 that the U.S was going to attack Iraq, even though they knew that Iraq had no involvement in the attack. He recalled the conversation:  “Six weeks later, I saw the same officer, and asked: “Why haven’t we attacked Iraq? Are we still going to attack Iraq?” “He said: “Sir, it’s worse than that. He said – he pulled up a piece of paper off his desk – he said: “I just got this memo from the Secretary of Defense’s office. It says we’re going to attack and destroy the governments in 7 countries in five years – we’re going to start with Iraq, and then we’re going to move to Syria, Lebanon, Libya, Somalia, Sudan and Iran.”

Fortunately, the Bush administration never got any farther with their destabilization plan than invading Iraq, but they did use 9/11 as an excuse to go into Iraq. And, why did they choose Iraq first? The answer’s simple- Iraqi oil. We move forward ten years. It’s 2011, and the Arab Spring is in full bloom. What had started in Tunisia in December of 2010 had spread throughout the Arab world, and Syria was no exception. A free market economic policy had brought on massive income inequality, and the people had had enough. But, behind the unrest in the streets, there was another chess game going on; one with global implications. 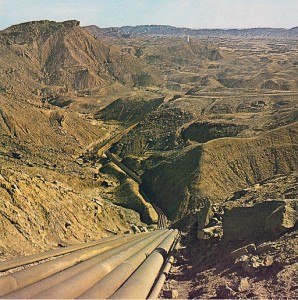 You see, Syria is in a prime location for the transport of oil and gas. Not only does it have oil of its own, it’s also a logical place to transport oil from due to its Mediterranean ports and its proximity to Turkey, and from there, the EU. In 2009, Qatar proposed a gas pipeline from the capitol Doha to Istanbul, Turkey that would cross Syria and end on the Mediterranean, with the gas then being shipped to Europe. However, Assad said no to the proposal, instead signing a deal with Iraq and Iran to build a 3,480-mile natural gas pipeline connecting Iran’s South Pars field to European customers.  Dubbed the “Islamic Pipeline” by the West, the project would run from Iran’s South Pars gas field through Iraq, Syria and Southern Lebanon, and connect to Syrian ports for exporting gas to Europe.

At that time, Qatar’s biggest ally in the region was Saudi Arabia, and, by extension, the U.S. Iran and the Syrian regime’s big ally? Russia. Since 2011, Qatar has given at least three billion dollars in aid to the Syrian rebels, and the US has provided non-military support. The Russians have given both military and humanitarian aid to the Assad regime. However, it gets even more interesting. Last year, Qatar began siding with Iran instead of with its partners in the Gulf Cooperation Council (GCC) over the role and scope of U.S. military deployment in the area. This led to Saudi Arabia, Bahrain and the United Arab Emirates recalling their ambassadors to Qatar, effectively ending the GCC.

Who profits from the situation in Syria? If the Assad regime wins, the Iraq pipeline will be fast-tracked, which could be harmful to the Russian economy in the long run, as Russia is the major supplier of natural gas to Europe. However, if the rebels win, the Russians would effectively be shut out of the Mediterranean for the near future. On the U.S side, if Assad wins, it cements the Russian presence, and cuts into the U.S.’s growing oil and gas export business. However, if the rebels win, they’re more likely to associate with Qatar and Iran than they are the U.S. And, the Iranians would have another way of getting gas and oil to market, thereby lessening the impact of the sanctions imposed against them by the U.S.

Some conspiracy theorists claim that the whole Syrian Civil War has been an attempt by the U.S. to destabilize the region, and the Russians to maintain what influence they had while keeping their gas exports to Europe intact. While I feel that the Syrian uprising was a true people’s movement, I also believe that both the U.S. and Russia have a vested interest in keeping the war going as long as possible.