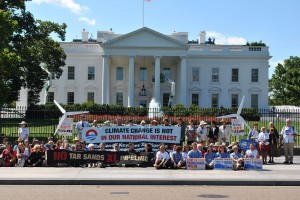 Usually red tape makes most of us mad or at the very least, frustrated.  But we finally found an example of how following the process and dealing with government red tape can actually have good advantages.

The State Department, in a call with a staff member, told Reuters on April 18, that they will “extend the government comment period on the Keystone XL pipeline, likely postponing a final decision on the controversial project until after the Nov. 4 midterm elections.” The State Department said the decision was based on giving 8 federal agencies more time to offer opinions based on their processes and studies before making a final decision.

This follows a February Nebraska District Court ruling aimed to put decision-making power over the pipeline in the hands of the governor. The court has previously ruled that allowing TransCanada to use eminent domain laws to seize land for the controversial project was unconstitutional. 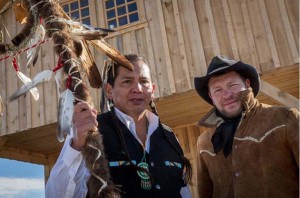 As it stands now, the permits granted for the pipeline in the state of Nebraska will expire on June 20, 2014 — meaning that TransCanada will have to reapply for a state permit after that date. Based on the current objections from landowners, the project does not currently have a clear, legal pathway cleared for construction of the final leg of the project. They won’t be able to use eminent domain laws or get around federal government approval their next go-around.

Jane Kleeb, director of Bold Nebraska, stated, “The basic fact that Nebraska has no legal route is reason to delay any decision until our state can analyze a route using process that follows our state constitution… They can’t move forward… This is a huge success for citizens and landowners.”

Bold Nebraska is an organization that leads the fight in Nebraska against the last remaining piece of the Keystone XL project’s construction plans. The group, together with other organizations and groups opposed to the pipeline, will travel to Washington, DC for a protest and demonstration on April 22 through 26. Please see our “ACTIONS” page for more details. 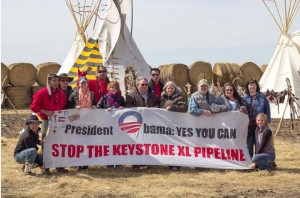 We think following the process is the right thing to do. If the process is not followed and laws not observed, regardless of the final decision, someone will claim “FOUL!” because it wasn’t followed. The more time we have to show the damaging, long-lasting effects of oil contamination to soil, poisoned water and unknown chemicals released in the environment, the better educated the public will be and the more likely it is that reason will rule over greed.