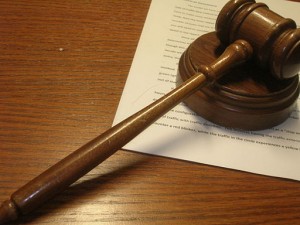 A federal judge in Milwaukee struck down Wisconsin’s voter identification law April 29, declaring that a requirement that voters show a state-issued photo ID at the polls imposes an unfair burden on poor and minority voters.

A Circuit Court judge has resoundingly rejected Arkansas’ new photo ID restrictions on voting, declaring the law to be “null and void” and in violation of the state’s constitutional right to vote.

Tuesday’s decision could set a precedent for similar legal challenges in Texas, North Carolina and elsewhere. There are 31 states with laws requiring voters to show some form of identification, according to the National Conference of State Legislatures. Seven states have strict photo ID requirements similar to the one a state judge struck down in Arkansas last week; that decision has been appealed to the Arkansas Supreme Court. Pennsylvania’s voter ID law has been put on hold because of court challenges.

The state of Texas, which has fought the federal government over several environmental regulations, lost a major battle Tuesday as well; U.S. Supreme Court justices ruled in a 6-2 vote to reinstate a regulation that aims to limit the effects of air pollution across state boundaries.

Texas was one of a number of states, joined by industry and labor groups, that had sued the Environmental Protection Agency over the Cross-State Pollution Rule in 2011.

Tuesday’s Supreme Court ruling means that Texas and 26 other “upwind” states in the South, Midwest and Appalachia will have to reduce some of their emissions that contribute to air pollution in East Coast states like New York. Coal plants are among those likely be the most affected, particularly as they are already dealing with new limits on their carbon dioxide emissions.

While our intention was to bring a much longer list, these are the examples we could find that give us a few silver linings to the dark clouds of court rulings we have seen lately. As we watch our country progress further into a oligarchy-plutocracy blend, we fear rulings that favor the human factor will decline.

Like a menu at your favorite diner, court rulings usually are stand-alone items that don’t add up to much until you start putting them together. The overwhelming decisions favoring corporations and the 1% could fill a book. At this rate, the humans in the equation will languish from want while the corporations and wealthy scoff the concern.