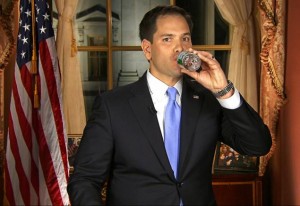 In April, McGill University professor Dr. Shaun Lovejoy published a study that has been making waves through the scientific world. According to Dr. Lovejoy, “This study will be a blow to any remaining climate-change deniers,.. Their two most convincing arguments – that the warming is natural in origin, and that the computer models are wrong – are either directly contradicted by this analysis, or simply do not apply to it.” He further claims that the natural-warming hypothesis may be ruled out “with confidence levels great than 99%, and most likely greater than 99.9%.”

The week following Dr. Lovejoy’s publishing of his study, the United Nations Intergovernmental Panel on Climate Change (IPPC) released a report saying that governments could still avert the worst case consequences by acting “quickly and aggressively” to cut the accelerating pace of greenhouse-gas emissions. The IPCC states that in order to keep temperatures from rising over 3 degrees Celsius by the end of the century, greenhouse-gas emissions will have to be cut by 40% to 70% compared with 2010 by midcentury, and to near zero by the end of this century.

Last week saw the release of the National Climate Assessment, a 1300 page report compiled by 300 leading scientists and experts on climate. Part of the Global Climate Research Act of 1990, this report is supposed to be done every four years, but somehow no report was produced during the George W. Bush presidency – funny how that happened, huh? Their findings? “Climate change, once considered an issue for a distant future, has moved firmly into the present.” They said that certain types of extreme weather events with links to climate change have become more frequent and/or intense, and also pointed out the rising sea levels, glacial melt and the like as being evidence that climate change isn’t in the future; it’s here right now.

Yesterday (May 11), Senator Marco Rubio (R-FL) appeared on ABC’s This Week. During the interview, Rubio told Jonathan Karl;  “I do not believe that human activity is causing these dramatic changes to our climate the way these scientists are portraying it.” He further went on to say “I do not believe that the laws that they propose we pass will do anything about it, except it will destroy our economy.” Oh yeah- and then he went on to say that he’s ready to run for President. He’s what?

So, who are we supposed to believe? Are we supposed to believe a huge majority of scientists and researchers from all over the world who believe climate change is real, it’s here and we can do something to lessen the impact, or do we believe the tools, elected and otherwise, who have a voice in the national media and who pander to the fossil fuel industry, spreading the gospel of anti-science and anti-intellectualism in the hopes of preserving their profits and to hell with our planet?