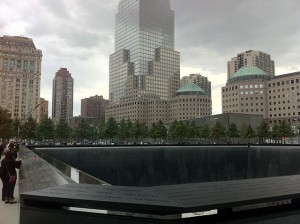 The opening ceremony for the long delayed National September 11 Memorial Museum took place on May 15. In attendance were many current and past politicians including President Obama, Bill and Hillary Clinton, Michael Bloomberg, Rudy Giuliani, Bill de Blasio, Chris Christie and Andrew Cuomo. Noticeably absent were George W. Bush and Dick Cheney – but that’s a different story.

The Museum opens on May 21, and there’s a couple things that are rather disturbing about it. First of all, there’s an underground “remains repository”, with some 8000 unidentified body parts from the more than 1000 people who were still buried in the rubble- they were moved to the repository. And, even more disturbing to me, there’s a gift shop.

What would a 9/11 memorial gift shop sell? Among other things:

Diana Horning lost her son on 9/11; her son’s body’s never been recovered. She told the New York Post; “To me, it’s the crassest, most insensitive thing to have a commercial enterprise at the place where my son died.” She further went on to say “Here is essentially our tomb of the unknown. To sell baubles I find quite shocking and repugnant. I think it’s a money-making venture to support inflated salaries, and they’re willing to do it over my son’s dead body.” She also objects to the cafe in the museum (yes, there is a cafe, because nothing stimulates the appetite like being in a place where thousands died, I guess). 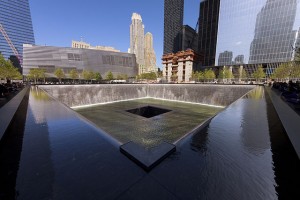 The museum is self-funded, so all proceeds from the gift shop, cafe and admissions are supposed to go towards operating expenses. Joe Daniels, the museum’s president and CEO, says “What’s most important is whether the stories it tells…  helps fulfill our promise to never forget... We have to pay for it, we have to make sure this museum is available forever for everyone.” What he doesn’t mention is his $378,000 salary. And, while there’s a plaque saying that the gift shop was “made possible through the generosity of Paul Napoli and Marc Bern,” what it doesn’t mention is that they’re partners in a law firm that made $200 million in taxpayer-funded fees and expenses suing the city on behalf of 10,000 Ground Zero workers.