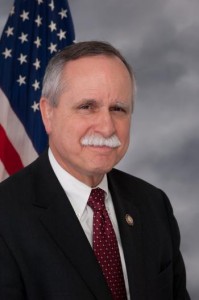 In a post from earlier this month, I wrote about some of the most recent climate studies that have been released. I discussed the Lovejoy study, as well as the IPPC report and the National Climate Assessment. They all told the same story; that climate change is real, it’s happening now and that we are at least partly responsible for it. I also discussed Senator Marco Rubio’s denial of what the studies say.

In March, the Department of Defense released the 2014 version of its Quadrennial Defense Review (QDR) that highlights the threats posed to national security by ever-worsening global climate disruption. This is not a new position for the DoD, as they have stated on four separate occasions since 2008 that climate change will exacerbate tensions and conflicts. They said the same thing in the 2010 QDR as they did in the 2014 QDR ; in fact, they dedicated a whole section to climate change in the 2010 report.

So, there’s been numerous reports sounding the alarm about climate change, and the Pentagon itself says it’s a grave national security issue. What did our Congressthings do when presented with the evidence?

Last Thursday (May 23), the House of Representatives approved an amendment to the National Defense Authorization Act (NDAA)  that “would prohibit defense spending on climate change research and the social cost of carbon analysis.”  The amendment, sponsored by Rep. David McKinley (R-WV) reads: “None of the funds authorized to be appropriated or otherwise made available by this Act may be used to implement the U.S. Global Change Research Program National Climate Assessment, the Intergovernmental Panel on Climate Change’s Fifth Assessment Report, the United Nation’s Agenda 21 sustainable development plan, or the May 2013 Technical Update of the Social Cost of Carbon for Regulatory Impact Analysis Under Executive Order.”

The amendment passed on an almost strictly party line vote, with 227 Republicans and four Democrats voting for it.

Occupy World Writes calls on our government to get its act together. We’ve seen one political party become the anti-science, anti-education party, and unfortunately they control one house of our government. It’s past time for them to pull their collective heads out of the sandand/or stop their political posturing, and face reality. The old adage of “If you ignore it, it will go away” isn’t going to work for climate change.