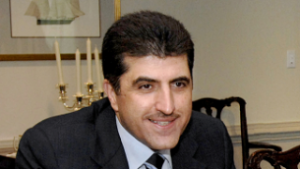 In yesterday’s post, I discussed why the combination of local geopolitics, religion and U.S. interference had made the rise of a group like ISIS almost a certainty. Today, we’ll take a look at what might be the best way to stop their advance.

First of all, we have to realize that the Iraqi army is in shambles. The reasons for this go back to May 16, 2003 when Paul Bremer, acting as the head of The Coalition Provisional Authority, issued CPA Order No. 2, which disbanded the Iraqi army. In August of the same year, the first members of the new Iraqi army began training. As the country disintegrated into civil war, members of the new Iraqi army and Iraqi police were targeted by various insurgent groups as collaborators, due to their training by and association with Coalition forces. The army’s training’s been impeded from the beginning by desertions and high rates of extremist infiltration. As the U.S. began to withdraw, Prime Minister Nouri al-Maliki used the military as a tool against his political rivals, and neglected training and equipping them for actual defense of the country.

Iran has sent assistance in the form of two battalions of Iranian Revolutionary Guards to assist Iraq in fighting ISIS, as well as sending some troops that were fighting for the Syrian government. However, this could lead to even more trouble, as the Iraqi Sunni population could see this as a combined Shia operation, which would legitimize ISIS’s propaganda claim of that being the case. And, if the U.S. joins with Iran as has been proposed, this would put the U.S. in the dubious position of both supporting the Syrian rebels (its stated position), and, through its collaboration with Iran, supporting the Syrian government (Iran’s main ally).

However, there’s another solution. In a June 19 article published on the Foreign Affairs.com website, Dov Friedman and Cale Salih point out that the strongest military in Iraq belongs to the Kurdistan Regional Government (KRG). The Iranians have reportedly asked the Kurds to join the fight, and the U.S. would like to see the Kurds join as well. The KRG has had problems selling their oil on the world market; some guarantees of increased revenue could help sway the KRG into supporting the U.S. and Iran against ISIS. Plus, there’s a history of Sunni actions against the Kurds, with more possible along the 620 mile border the KRG shares with the insurgents.

However, the history between the Kurds and the U.S. is filled with broken promises. From Henry Kissinger and the Algiers Agreement, which left the Kurds at the mercy of Iraq’s Ba’athists to 2003 and CPA Order No.2, where the Kurds were disarmed after fighting at the side of U.S. troops, our record with them has been anything but stellar. As long as ISIS respects the Kurds’ existing battle lines, the KRG has very little reason to go to war.

What would the U.S. need to do to enlist the Kurds? 1) Insist that Iraq’s Prime Minister Nuri al-Maliki put a stop to inflammatory rhetoric among members of his party and state media. 2) Offer an immediate concession such as helping the KRG market their oil. 3) Arm the Kurdish military, and provide support through air strikes if necessary. 4) Support Kurdish claims to to the disputed territories it recovered last week. Only then would the Kurds consider the U.S. serious in supporting the Kurdish people and army.

Iraq is a mess at the present whichever way you look at it. By enlisting the KRG, Iraq would have a much better chance of surviving than it does at the present.