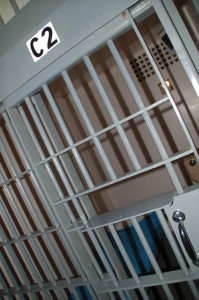 Few victims of domestic violence ever get their day in court. When they actually do, it represents a person who has been attacked so heinously that the authorities who wish to dismiss domestic “disturbances” can not turn a blind eye. And the victim will sit through court, hearing the defense for the abuser attack personal character, behavior, values and judgement so as to cause the court to determine what was meted out was asked for, and the REAL victim is the person on trial, as if a marital contract or a “relationship” gave someone control over another.

And every once in a great while, the abuse victim can still win. The abuser is sentenced according to the laws of the state and the federal government of that jurisdiction. The abuser spends time waiting for release so revenge can be taken somehow on the cause of all their troubles, since taking actual responsibility for one’s actions is completely foreign to this type of person.

In a recent article, The Price of Principle, we talked about a personal story with a much larger meaning. Following the posting of that story, I wrote a letter to the organization that oversees a competition, where the winners go on to represent their state in an international competition. When the organization awarded a spot in this competition to the convicted felon, they were not aware of his infractions with the law. When I notified them, their consultation with the parole officer resulted in the exact opposite of what I had hoped for, but points to the larger problem within our society.

The convicted felon’s parole officer was already aware that the felon was breaking the terms of his “extended supervision”; but also stated that he supported the felon in doing so. The parole officer felt it was important that the felon adjust and “be social” rather than live in isolation. As a result, the organization has decided they will take no action or withdraw this person from proceeding in the competition.

When the very authorities given the responsibility to see that the terms of parole and extended supervision are met, instead choose that the criminal be more “adjusted” and “social” in their world than the victims they have created, there is something seriously wrong. Not only with our criminal justice system, but also an obvious failing in the protection of public safety by those who can not or will not demonstrate enough remorse to fulfill the length of their sentence for the crime committed against another.

What we see as the REAL issue and the most fundamental part of the problem: Until our society begins to show more regard, respect and thus more protection of the VICTIMS of these crimes, NOTHING will ever change.

In this particular story, I again am forced back into a life of isolation so that the convicted felon can exercise his “right” to circulate in the very vicinity of where his actual victim, not myself, currently resides. SHE has no protection, even after winning in court and surviving her injuries. I am reacting to the panic disorder and PTSD left by my own abuser, who will never see the inside of a jail cell as a result of his abuse.

In cases such as these, where EXACTLY is justice served?