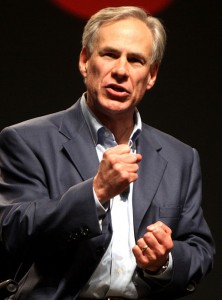 Workplace and community safety are things we’d like to be able to take for granted. Being able to go to your job knowing that you won’t be put in unnecessary danger because of a boss’s or company’s desire to cut costs and/or speed up production is something that most of us have become used to. The same applies to our communities; we like to know when an industry in our community has chemicals or other items that could directly impact our health if an accident occurs. Today, we’ll look at two of the more cringeworthy stories of the past week dealing with safety concerns.

The first is from a place that always seems to be in the news; the great state of Texas. And, as usual with Texas, there’s another story that was hidden from the public behind this story. On May 22, the Texas Attorney General’s office ruled that the Department of State Health Services  was required by a 2003 Texas law dealing with homeland security to withhold its database of chemical inventories from the public. This didn’t become known until three weeks later, when both a local TV station and the Dallas News reported it. A spokesperson for the AG’s office told the News at that time that the state health department will no longer release its inventory reports unless told otherwise by the AG.

After receiving a lot of criticism for this decision, last Tuesday Attorney General (and candidate for Texas governor) Greg Abbott told reporters: “You know where they are if you drive around. ou can ask every facility whether or not they have chemicals or not. You can ask them if they do, and they can tell you, well, we do have chemicals or we don’t have chemicals, and if they do, they tell which ones they have.” So, what happens when a citizen takes his advice? We urge you to read this story from the Burnt Orange Report, and watch the videos in the story.

Yesterday, Abbott compared supporting the release of information about where dangerous chemicals are stored, which was publicly available until recently, to adding terrorism. Why the change in the law? It could have something to do with the $75,000 in campaign donations from the Koch brothers plus a ride in a Koch company jet to a meet and greet with wealthy donors. The Kochs have significant holdings in various chemical firms, and such a law would be to their advantage.

On July 3, the Occupational Safety and Health Administration (OSHA) fined Freedom Industries a whopping $11,000 for a pair of workplace safety violations. There was a $7000 fine for keeping storage tanks containing crude MCHM behind a diked wall that was not liquid tight. The leaky wall combined with a leaking tank were the causes of the January 9 spill. They were also fined $4000 for failing to have standard railings on an elevated platform. They were also cited (but not fined) for an improperly labeled tank; the tank’s label said glycol, and instead contained MCHM.

We have in both these stories a case of industries not being held responsible for their actions. The fact that in Texas, you don’t have the right to know what hazardous materials are in your community, and instead are labeled as supporting terrorism for wanting disclosure is stunning. And OSHA’s fines? I’d be willing to bet that the wives and/or girlfriends of Freedom’s former executives (now the owners of Lexycon) have coats that are more expensive than that.

Once again, the corporations walk away from any responsibility, leaving us to clean up the mess and bury the dead after the inevitable accident.