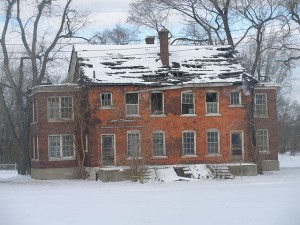 We’ve talked about the water crisis in Detroit before; first when a coalition of activists filed an appeal with the United Nations Special Rapporteur on the Human Right to Safe Drinking Water and Sanitation over the Detroit Water and Sewerage Department (DWSD)’s cutting of water and sewer services to thousands of households, and again when a United Nations team of experts agreed with the activists.

On Monday, the DWSD announced that it would suspend shutting off water for fifteen days to Detroit residents behind on their bills. However, this is only talking about new shutoffs; it does nothing for the 15,200 households who’ve already had their water shut off.

Then, there’s the target of the shutoffs. When the shutoff program was announced in March, the DWDS claimed they were going to cut off everybody who was $150 or 60 days in arrears. However, the shutoffs have disproportionately targeted poor residents and left businesses alone. The biggest debtor? The state of Michigan itself, which owes over $5 million in water bills. The top 40 commercial and industrial accounts have past-due accounts totaling $9.5 million. In all, commercial and industrial accounts owe in the neighborhood of $30 million, yet they’ve for the most part been exempt from the shutoffs. And, due to layoffs in the DWDS itself, they’ve had to hire a private demolition company to do the shutoffs, at a cost of $5 million.

Of course, none of this could happen if Detroit wasn’t under “emergency management.” Under the Local Financial Stability and Choice Act, the governor may appoint an Emergency Manager, who is essentially a de jure dictator of a local government and/or school district during a fiscal crisis. If you were following the 2012 elections, you might ask yourself; “Hold on- didn’t Michigan voters repeal the emergency manager law?” Why, yes; they did. However, Rick Snyder and the Michigan legislature pushed a bill through during a lame duck session that essentially mirrors the old law, but with one huge difference; this one can’t be repealed by the voters.

So, what can be done to stop the madness? Some residents have been turning their water back on after the DWSD shuts it off; an action which could cost them $250 if caught. Being caught a second time carries a $500 fine, and a third time supposedly results in a permanent shutoff. This is obviously not a long term solution.

Enter the Detroit Water Project. The Detroit Water Project allows people who wish to help pay a delinquent family’s water bill do so by matching them anonymously with a family who needs help. They emphasize that any help goes a long way. The project’s already pulled in more than 1,600 donors in the week that it’s been active.

Occupy World Writes stands in solidarity with the people of Detroit. We applaud the Detroit Water Project, and encourage anybody who can donate to it to do so. We call on the DWSD to extend their moratorium on residential shutoffs, and for them to instead target the real delinquents; the commercial and industrial accounts. And finally, we call on the people of Michigan to vote in November and elect a government that works for the good of its residents, and not for the good of business at the expense of the residents.