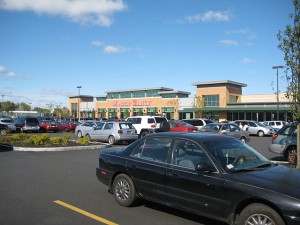 Say hello to Market Basket. Market Basket is a chain of 71 supermarkets in New Hampshire, Massachusetts and Maine owned by the Demoulas family.  The current situation is the result of a power struggle between two cousins; Arthur T. Demoulas, the former CEO and a 40 year employee, and Arthur S. Demoulas, who works for an investment capital firm in Boston.

Up until last year, Arthur T. had been in control of the board of directors. Since 2008, sales had grown from just under $3 billion to over $4 billion per year, and the number of employees had grown from 14,000 to 25,000. He was popular with his employees.

Then last summer, Rafaela Evans, a woman living in London who was once married to one of Arthur S. Demoulas’s brothers, switched sides and began voting with the Arthur S. faction. This led to Arthur S. holding the majority.

There’s nine people who hold shares in the company; all of them either descendants or in-laws of descendants of the two brothers who originally founded the company. So, what was one of the first things the new board did? They voted to give themselves a $300 million special dividend, even as Arthur T. warned against doing so. They also replaced two of the three trustees overseeing the very popular employee profit sharing program.

In June of this year, Arthur T. was fired From Market Basket. Two other executives were also fired, leading to seven executives with a combined 277 years with the company quitting in protest.  An estimated 300 employees rallied outside a store in Chelsea, Massachusetts in solidarity with Arthur T. and the other fired executives. The protests spread.

Then on July 18, warehouse workers walked off their jobs in protest. On July 20, eight longtime workers with a combined 280 years with the company were fired. The new co-CEOs cited “significant actions that harmed the company and therefore compromised Market Basket’s ability to be there for our customers” as the reason for the firings. Then this Friday, an estimated 10,000 supporters gathered at the Tewksbury location.

The new co- CEOs; Felicia Thornton, a former executive of the grocery chain Albertsons, and Jim Gooch, former president and chief executive at RadioShack Corp, made statements assuring workers that they are not planning drastic changes in the way the company is operated, and they urged employees to return to work. Meanwhile, on Wednesday Arthur T. (remember him? He’s who this whole thing is about) offered to buy the company.

The protesters issued a statement to Boston.com on Friday, saying:

“(Market Basket) associates and customers remain fully committed to our cause. (Arthur T. Demoulas) must be reinstated with full authority to CEO of (Demoulas Super Markets). This has been, and will continue to be, non-negotiable.”

Occupy World Writes stands in solidarity with the employees of Market Basket, and with Arthur T. We applaud them for standing up for their former boss, and applaud him for putting happy employees, satisfied customers and a fair profit over maximizing profits and to hell with the rest.