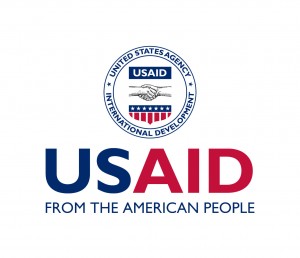 On Monday, the Associated Press ran a story about how the U.S. Agency for International Development (USAID) sent Latin American youth from Venezuela, Costa Rica and Peru into Cuba to stir up social unrest and recruit young Cubans into anti-government activism.

This follows a story from back in April about USAID financing and running a plan to build a “Cuban Twitter” that used cellphone text messaging instead of the Internet. Named ZunZuneo — slang for a Cuban hummingbird’s tweet; with it, the U.S. government planned to build a subscriber base through “non-controversial content” such as news about soccer, music and weather. When the network’s subscriber base hit a critical size, the operators would introduce political content aimed at inspiring Cubans to organize “smart mobs”; almost spontaneous mass gatherings that could bring about a “Cuban spring” or, as one USAID document put it, “renegotiate the balance of power between the state and society.”

Stories like this about USAID are nothing new. Wikileaks released a USAID cable from 2006 discussing plans to counter the Chavez government in Venezuela. USAID also played destabilization roles in Ukraine, Paraguay and Honduras, to name but a few of the countries over the last ten years where they’ve been getting their hands dirty.

In Bolivia, USAID was kicked out of the country after they refused to disclose which opposition groups they were funding; this after they were known to have used an “Office of Transition Initiatives” to funnel millions of dollars of training and support to right-wing opposition regional governments and movements. And earlier this year, Kenya accused USAID of planning to destabilize the government by funding street demonstrations.

You might be thinking to yourself; “Well, I really don’t see a problem with this. Some of the regimes they’ve targeted are pretty brutal.” That may be. However, what would you say about another country sending in one of their government agencies to our country in a supposedly humanitarian gesture only to have that agency covertly working to overthrow the government? You wouldn’t like it too much, we’re betting.

What is the answer then? It beats the heck out of us, to be honest about it. While we can admire and somewhat applaud their “Cuban Twitter” program for promoting more connectivity and as a vehicle for social change, using it to eventually run a psyops campaign aimed at the general population crosses the line. Isn’t it up to them to decide in which direction they want to go, after all?

Who made us God? Nobody…