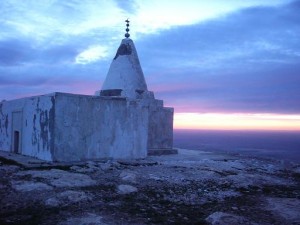 Last week we wrote a piece about the Yazidi and the horrific situation they’re in due to the Islamic State insurgents considering them to be “devil worshipers.” As more and more information comes out about the atrocities committed by the Islamic State in the name of their distorted view of Islam, the more horrified we become.

Yesterday, Iraq’s Human rights minister Mohammed Shia al-Sudani told Reuters that Islamic State militants have killed at least 500 members of Iraq’s Yazidi minority, burying some alive and taking hundreds of women as slaves. In a telephone interview, Sudani said that information about the killings had come from people who had escaped from the town of Sinjar, an ancient home of the Yazidis.

He said: “We have striking evidence obtained from Yazidis fleeing Sinjar and some who escaped death, and also crime scene images that show indisputably that the gangs of the Islamic State have executed at least 500 Yazidis after seizing Sinjar, Some of the victims, including women and children were buried alive in scattered mass graves in and around Sinjar.”

He went on to state; “The terrorist Islamic State has also taken at least 300 Yazidi women as slaves and locked some of them inside a police station in Sinjar and transferred others to the town of Tal Afar. We are afraid they will take them outside the country.

“In some of the images we have obtained there are lines of dead Yazidis who have been shot in the head while the Islamic State fighters cheer and wave their weapons over the corpses. This is a vicious atrocity.”

Both President Obama and the French have called for Iraq’s Prime Minister Nuri al-Maliki to form an inclusive government. French Foreign Minister Fabius said:  “Iraq is in need of a broad unity government, and all Iraqis should feel that they are represented in this government, All Iraqis should feel they are represented to take part in this battle against terrorism.” For his part, Maliki has ignored calls to step aside, and troops have surrounded the Presidential palace.

Critics say the Shiite leader contributed to the crisis by monopolizing power and pursuing a sectarian agenda that alienated the country’s Sunni and Kurdish minorities.

Meanwhile, the U.S. media for the most part continues to ignore the basic fact that our government and its policies are largely responsible for the Islamic State’s rise to power, as we discussed in an earlier post.

Occupy World Writes is horrified by the events in Kurdistan and Iraq. We call on all nations who claim to value human rights and freedom to join together in aiding the Yazidi and other targets of the Islamic State through humanitarian aid and what military aid we can give to the Peshmerga. Furthermore, we call on Malaki to step down, and for the special troops loyal to him to allow the will of the people to go forward. Only then will there be a strong Kurdistan and a strong Iraq capable of resisting the Islamic State.