Editorial Note: The following article is republished in its entirety without edit. It was published on 07-25-2014 at OpenDemocracy.net. This article is published under a Creative Commons Attribution-NonCommercial 3.0 licence.

As scenes of jubilation in Sunni cities coupled with fear and calls for jihad in Shia cities show how deep and explosive sectarian divisions are in Iraq, should Kurds be forced to stay on?

The brutal conquest of all Sunni Iraqi cities by the Islamic State of Iraq and the Levant (The Islamic State since 29 June) has split Iraq apart. Scenes of jubilation in Sunni cities coupled with fear and calls for jihad in Shia cities show how deep and explosive sectarian divisions are in Iraq. These events have led many specialists to question if it is possible to maintain a unified Iraq.

Masoud Barzani, the President of Kurdistan Regional Government (KRG) has declared that   “Kurds did not cause the collapse of Iraq” and underlined that it is the time for the Kurdish people to determine their future, as they cannot remain hostages of uncertainty. 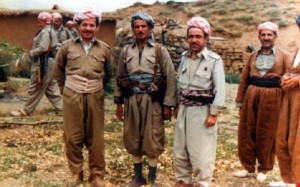 The strongest reactions to President’s Barzani’s statement came from the United States and Iran: both announcing separately that they do not rule out whatever cooperation is needed to support the Iraqi government in order to prevent the division of the country.

The United States requires that Iraq’s leaders rise above sectarian motivations, come together and compromise, if it is to support the formation of a new government. It is unclear if Iran will adhere to these conditions. But it is clear that Iran is comfortable with the United States position. Iran joins the United States in seeking to weaken the Kurdish leadership. For both, a unity government would undermine a Kurdish goal of independence. In fact, opposition to Kurdish independence has long been United States policy in the Middle East as a whole.

In 1991, after ousting Saddam Hussein’s army from Kuwait, the United States refused to overthrow him in order not to jeopardize relations with its main regional allies, Saudi Arabia and Turkey, both of whom feared the collapse of Iraq and the “dangers” posed by Iraq’s Shia community and the Kurds.

But soon after, the United States had to face Baghdad’s oppression of both the Kurds and Shia and created no-fly zones in southern and northern Iraq. The Kurds took advantage of this protection and immediately created an autonomous regional government – the KRG.

In 2003, the overthrow of Saddam Hussein’s regime led to the collapse of the Iraqi state. The new Iraq established by the United States was based on a very delicate balance between the Kurds, Shias and Sunnis, but led by the Shia majority.

In 2004, in order to convince the Kurds to stay in the new Iraq, the United States authorities accepted a type of federalization of the country. Thus the KRG was transformed into a quasi-state with its own administration, police and army.

In 2011, during the United States withdrawal from Iraq, the situation was bitter. The “Freedom for Iraq” operation did not result in the “domino effect” supposed to democratise the entire Middle East, but instead in a sectarian conflict between Sunni and Shia militias that produced hundreds of thousands of victims, divided society, cities and the entire country.

In addition, the new strongman of Iraq, Noori al-Maliki, a Shia, supported by Iran, felt free to further reinforce the marginalization of Sunnis and threaten the KRG by cancelling contracts on the exploitation of hydrocarbons signed with foreign companies, by sending the central army into areas under KRG control and by cutting the KRG’s share of the central budget.

Kurdish leaders were pleased to be the “only friends of America”, and the KRG was perceived by many American officials as ‘the other Iraq’. Nevertheless, United States favoured Baghdad’s position in all the confrontations that took place between Baghdad and the KRG on the exploitation and sale of oil, and on the future of disputed territories. In the ten years since the 2004 agreements, none of the issues that most concerned the Kurds and Sunnis have been resolved. 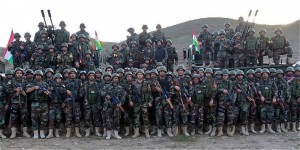 Kurdish leaders’ repeated warnings of the disfunctionality of the new Iraq were seen as simply excuses for grabbing more power. The marginalization and the severe repression of peaceful Sunni demonstrations by al-Maliki’s government have failed to drawn enough attention to the fragility of the 2004 compromise.

In June 2014, the jihadists of ISIS, at the helm of a coalition of Iraqi Sunnis, drove out the army and the central administration of the entire Sunni Arab area. If their proclamation of an Islamic state encompassing Sunni areas under their control in Iraq and Syria is not taken seriously, the damage they have inflicted to the new Iraq is nevertheless likely to be fatal. This is because many Sunnis see ISIS as a “liberator” who managed to make this quantum leap against the oppressive al-Maliki regime. This is also because the Iraqi soldiers and Shia generals thought that it is not worth dying for Sunni cities where they are perceived as occupiers.

The Shia and Sunni leaders’ calls for jihad merely consolidate the Shia and Sunni camps and strengthen their mutual hatred. In the foreseeable future, neither Iraqi Shias nor Iran will agree to put an end to Shia dominance in Iraq.

This would, of course, strengthen ISIS which is determined to end Shia’s rule and to drive out or even exterminate the Shia populations. Given that power sharing between Shias and ISIS is not possible in the foreseeable future, the breakdown of Iraq is unlikely to be averted by the departure of Nouri al-Maliki. Any new government will have to include Sunnis who are not supported by ISIS and who are unlikely to establish the state’s control over areas now controlled by ISIS.

Iran, the most important ally of the Iraqi Shias, opposes the independence of Kurdistan and supports the creation of a new central government. In Iran’s view this would allow it and its Iraqi allies to divide and drown Sunni opposition in political negotiations and possibly avoid the breakup of the country.

For Iran this is the only hope because if it fails, the creation of three states, Shia, Kurdish and Sunni, as well as the battle between Shia and Sunni for the control of Baghdad will be inevitable. Iran fears in particular that any Kurdish and Sunni states will lead to a change in the regional balance in favour of Israel and its Saudi rivals.

The United States is aware of the fragility of national borders and serious ethnic and sectarian tensions throughout the Middle East. It fears that the collapse of Iraq will accelerate the process of fragmentation under way in the Middle East especially in Syria, Lebanon and Iraq. The United States fears also if Kurdistan separates from Iraq, Iraq falls definitely under the Iranian influence and this will extend to other Shia regions at the expense of US allies in the region.

This fear is reinforced by the fact that the Islamic Caliphate State proclaimed by ISIS constitutes also a direct threat to allies like Saudi Arabia, Jordan and Turkey, which are Sunni countries and potential areas of interest to ISIS.

It should also be underlined that the proclaimed Caliph cannot truly be a Caliph if he is not the master of the holy places of Islam. Consequently, the Caliphate constitutes a direct threat to the Saudi Kingdom. The fear of being held responsible for a new division of the Arab territories in favour of Shia Iran plays an important role in the stance of the United States, as it fears a new wave of anti-Americanism in the region.

Given the Iranian and Arab opposition and the uncertain attitude of Turkey and its regional implications, it is not difficult to understand the reluctance of the United States to accede to an independent Kurdistan. Yet forcing the Kurds to stay part of a “united” Iraq, where the political future is uncertain, only benefits Iran and weakens the Kurdish leaders whose weakness can only benefit the radical movements and destabilise the Kurdistan Regional Government.

Taimoor Aliassi is the President of the Association for Human Rights in Kurdistan of Iran in Geneva (KMMK-G). Mr. Aliassi is a Swiss citizen with a Kurdish background from Iran, the country he left after the 1979 revolution. He studied at the Geneva Graduate Institute (IHEID) and obtained a Master of Advanced Studies in Humanitarian Action with a specialization in International Law. Mr. Aliassi is the co-founder of the KMMK-G, an association that promotes democracy, respect for Human Rights and social development in the Kurdistan of Iran and beyond. He fights against all forms of discrimination, especially against people from ethnic and religious minorities in the region, advocating against the death penalty and promoting the rights of women and children.

Özcan Yilmaz is lecturer of International History and History of the Middle East at the University of Geneva. He obtained a PhD in International History and Politics from the Graduate Institute of International and Development Studies for his thesis on the formation of the Kurdish national identity in Turkey. His research interests include nationalism, state building, identity and politics in the contemporary Middle East. His recent publications include La formation de la nation kurde en Turquie (PUF, 2013).