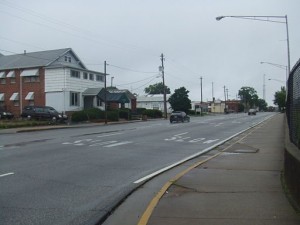 Over the last year, there’s been a constant stream of incidents in the national news of police perpetuating violence on the communities and people they’re supposed to protect and serve. From Texas state troopers performing cavity searches by the side of the road and the Albuquerque police’s constant civil rights violations to the more recent examples of Eric Garner and Michael Brown, hardly a day goes by where we don’t hear of a new case of police overreach, and often with fatal results.

Yesterday, the story of Gregory Towns made the national news. On April 11, Towns’ girlfriend called the East Point, Georgia police and reported a domestic disturbance. After a foot chase involving Towns and the police, the police then “drive-stunned” Towns with Tasers in an effort to get him up and walking, essentially using the Tasers like cattle prods.

According to Taser logs, former Cpl. Howard Weems pulled the trigger on his Taser four times for a total of 27 seconds, and former Sgt. Marcus Eberhart at least ten times for a total of 47 seconds. However, the police reports filed by Weems and Eberhardt claimed that their Tasers were only used six times on the handcuffed Towns, including one time when he was wet and sitting in a creek.

Towns died after the Tasering. The medical examiner stated in his report that “physical exertion and conducted electrical stimulation” contributed to his death. The lawyer for Weems claims that it was Towns’ medical problems that caused his death, and not the Tasering.

Ten days ago, the East Point police chief suddenly resigned from office with any advance notice. Woodrow Blue said in his resignation letter that he was stepping away for “personal reasons,” and not for any reason having to do with the Towns case.

We’d like to think that such abuse is a new aberration, but we know it isn’t. Police brutality and overreach has been going on for as long as we can remember. We feel that the supposed spike in cases that we’re seeing is more due to public awareness and that almost everybody carries a phone with them, thus having a way to record the events.

Occupy World Writes calls for our government to step up and do the right thing – to stop arming local police with military hardware, and to pass a federal law stating that police must wear body cameras when on duty. We recognize that most police are good people who do an essential job that most of us could never do. However, there are out of control officers and departments across the country; it’s time they were held accountable for their actions.

1984 was not intended to be an instruction manual…