Yesterday, Scotland’s people went to the polls to vote on a referendum with one question on it: “Should Scotland be an independent country?” The no votes ended up winning (at this time, it looks like a ten point victory), but it still was a historical vote in many ways. As we were reading the news about the returns, we were struck by the contrasts between the Scottish referendum and what’s happening here in the U.S. 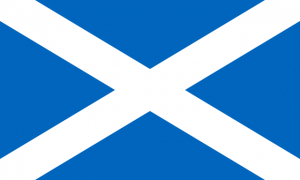 The first thing that jumped out at us was the complete 180 degree difference between the U.S. secession movements and the Scottish independence movement as far as their view of the role of government goes. The Scots want more government spending on things such as education; they want the social safety net expanded or at the very least restored to where it was before the 2008 global crash; they want a stronger national health care system; they want a clean, non-nuclear energy plan; they want to remain in the E.U. but as a separate country – in other words, anything but the less government/no taxes/isolationist stance that we hear from secessionists here in the U.S.

The second thing is how easy Scotland makes it to vote. The polls were open for 16 hours; from 6 AM to 10 PM local time. Residents 16 and over were eligible to vote. Every step was taken to ensure that people would be able to vote. Compare this to our country, where the focus seems to be more on restricting the right to vote for large segments of the population through voter ID laws, fewer polling places and reduced voting hours.

The third thing was voter participation. A record number of people came to the polls. And, unlike here in the U.S. where the highest turnout we’ve seen in a national election in the last 100 years was 63%, turnout was estimated to be somewhere in the mid-80% range.

Occupy World Writes has to wonder what would happen in our country if we had such a motivated electorate and the same effort to make voting possible as we saw in Scotland yesterday. We have a dream…