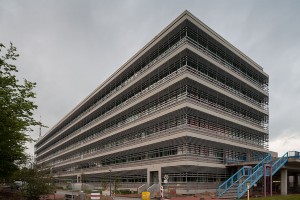 However, this isn’t a first for Germany; they didn’t start charging tuition until 2006. In that year, the German Constitutional Court ruled that limited fees and loans were not in conflict with the country’s commitment to universal higher education. This proved to be a very unpopular decision, and the states that had instituted fees started dropping them.

Dorothee Stapelfeldt, Hamburg’s senator for science, said; “Tuition fees are unjust. They discourage young people who do not have a traditional academic family background from taking up study. It is a core task of politics to ensure that young women and men can study with a high quality standard free of charge in Germany.”

The average student here in the U.S. would have been happy to pay what Germany was charging. Tuition averaged around $635 per semester, and students received other benefits such as cheap or free transportation through and between cities. Compare that to the $33,000 debt that the average U.S. college graduate in the class of 2014 carries in student loans.

Student debt in the U.S. totals $1.2 trillion dollars. That’s almost one and a half times the total credit card debt in the U.S. Furthermore, ever since the privatization of the Student Loan Marketing Association (more commonly known as Sallie Mae) in 2004, student loans cannot be discharged in bankruptcy. The latest estimates say that there will be 414,000 fewer houses sold this year to younger families because the money that would normally be spent on buying a house is going towards paying student debt instead. That’s $83 billion dollars a year in lost home sales.

The government spends around $69 billion subsidizing college education and another $107.4 billion on student loans. Tuition at all public universities comes to much less than that; around $62.6 billion in 2012. If the public universities were made free of charge (and by the above numbers, that’s easily doable), the private colleges would be forced to lower their cost to compete for students. And, you’d have a boost in the economy due to people having more to spend. That sounds like a win-win to us.