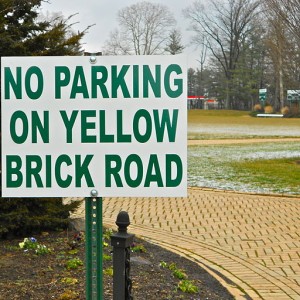 By Smallbones (Own work) [CC0], via Wikimedia Commons

When I was a really young kid (late ’50s/early ’60s), one of the highlights of TV programming was the annual broadcast of The Wizard of Oz. The story of Dorothy and her companions following the yellow brick road never loses its charm; how they struggle through adversity and evil to see the Wizard, only to find that he’s a fraud, and that the real power to do what they desired was in themselves.

Here at Occupy World Writes, we’ve noticed a striking similarity to L. Frank Baum’s masterpiece and the things we write about. We also follow the yellow brick road on our way to see the Wizard. However in our case, the yellow brick road is the money, either paid by corporations or people to get governments to do as they wish, or as future profits somewhere down the road.

Once you begin to follow the money, all becomes clear. You realize why some states have little or no safety and/or environmental regulations. You know why our elected representatives deny climate change is real, even when the evidence is overwhelming. You don’t wonder why some states won’t release information on the trains hauling Bakken crude that are nothing less than rolling bombs. The list goes on…

And, just like in The Wizard of Oz, when you get to the end of the yellow brick road, you find that the man behind the curtain isn’t who you thought it was. The “all-powerful” government isn’t who’s running the show; it’s the non-elected elites who are calling the shots.

However, the lesson of our trip along the yellow brick road is the same as the one that Dorothy and her friends learned. The power to change our world is in ourselves, and nobody else. And, in order to use that power, we must recognize that we have it first.

It’s all fun and games until the flying monkeys attack…