One of the big stories of last week was ignored for the most part by media here in the US. I’m talking about the protests in Hungary over an Internet data tax, and the government’s cancelling the planned tax because of the opposition.

The tax was originally to be 150 forints (£0.40; 0.50 euros; $0.60) per gigabyte of data traffic. After thousands of people took part in large scale protests that included hurling old computer parts at the headquarters of the ruling Fidesz party, the government decided to cap the tax at 700 forints per month for individuals and 5000 forints for companies. This didn’t satisfy the protesters, though, who called the tax not only a financial burden, but a move that would restrict free expression and access to information. Finally, last Friday Prime Minister Viktor Orban backed down, saying “This tax in its current form cannot be introduced.”

We have a protection against taxes like that here in the US; it’s called the Internet Tax Freedom Act (ITFA). Signed into law by President Bill Clinton on October 21, 1998, the law bars federal, state and local governments from taxing Internet access and from imposing discriminatory Internet-only taxes such as bit taxes, bandwidth taxes, and email taxes. Note that it doesn’t apply to such things as state access tax or telecommunications tax; that’s the small tax you see on your ISP bill that might be listed as a service fee or sales tax; for example, the tax on my bill runs somewhere around $3.00 per month. 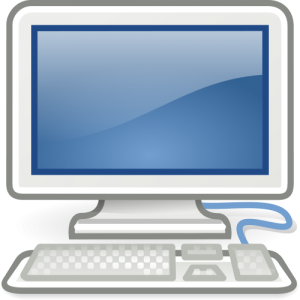 However, the ITFA is about to expire. As with so many things in our currently dysfunctional government, what used to be automatically extended in a common sense bipartisan agreement has become a bone of contention. The House passed their version of the bill back in July (H.R. 3086), which would make the act permanent. So, you’d think the Senate would do the same, right? Not so fast…

In the Senate, Democrats and some Republicans want to tie the ITFA to the Marketplace Fairness Act (MFA). The MFA is a much more controversial bill that would allow states and local governments to collect sales tax on sales from online businesses which don’t have a physical presence in that locality to people living there. While I’m personally in favor of such a bill (I see it as a leveler between the huge online stores and physical mom and pop stores who have to collect tax from everybody who buys something in their store), there’s a sizable group of mostly Republican Senators who claim that it will ruin the small online vendors, or are just anti-tax in general. The group in favor of tying the two together hope that the MFA would get passed as almost everybody’s in favor of permanently extending the ITFA.

The ITFA by itself was extended for 90 days back in September. The Senate has until December 11 to either tie the two together and pass it, or pass the IFTA alone. The Senate has lots of things they need to pass before the end of the year as is, and the fact that the Senate is by any definition a true lame duck Senate after yesterday’s elections won’t make the going any easier.

So, call your Senator. Write and email him or her. Pester them daily until they, one way or another, get the IFTA passed. Your free, unencumbered use of the Internet depends on it.