By Manuel Barrera
Appellate Court justices in the State of Michigan ruled Nov. 7th that “the state has no constitutional requirement to ensure schoolchildren actually learn fundamental skills such as reading — but rather is obligated only to establish and finance a public education system, regardless of quality” (from MichiganCitizen.com, Nov. 13th 2014). 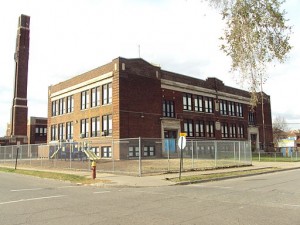 In a column by the online blog Addicting Info, Wendy Gittleson argues that behind this drive to continue the educational divide among richer and poorer citizens are companies like Walmart and their owners the Walton family: “it shouldn’t surprise anyone that the company most in need of under-educated employees, Walmart, is behind much of the effort to destroy, or as they say, reform, our school systems.

Since 2000, members of the Walton family have spent at least $24 million dollars funding politicians, political action committees, and ballot issues at the state and local level that favor their corporate approach to school reform. At local levels of government, where fundraising totals are smaller than those at the federal level, Walton largesse can go a very long way toward shaping public policy.

Walmart admits that the reason they are so interested in education is that they are having trouble finding qualified entry level employees.”

. . . .I am reminded of a time when I was a professional development specialist in the State of Washington sometime in the early 1990’s. I was conducting a workshop with teachers in a rural town in eastern Washington’s agricultural region where schools were largely serving Mexican and Mexican-American migrant children, many of whose parents worked the fields of Washington’s agribusiness. After a particularly strong case I had made for improving the reading skills of their students, several teachers—many of the teachers in this area of the state are wives of large farmers or part of farming families–looked at me quizzically to which I asked what was the matter? One of them responded that what I was speaking about was all very good, but if that they ended up improving the education of these children, “who would pick our crops?”. . . 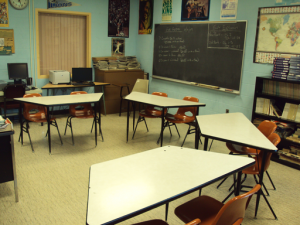 Hence, I am at a loss at what to say to the State of Michigan about this latest of a seemingly endless assault on its poorest and neediest communities and their children. What with bankrupting Detroit, selling it off to profiteers, denying water to its citizens and its incessant attacks on public schools, what could be said to a government and, now, its justice system, who clearly have no interest in serving those whose welfare they have been entrusted—by those same people that elected them—to provide? At least what could one say that would at all be educational? What could be said that would appeal to a reasoning intellect when neither reason nor intellect seem to be available in any measure among these brazen ideologues pretending to be “public servants”?

The ruling defies logic and the madness of the Michigan system of government and justice is so fantastic as to defy any sane response. Except rebellion.

But who would rebel? Who would be called upon to rebel? At least from whom should such a call be made? Rightfully, the most effective and powerful response should come from a child of Michigan’s schools; or a teacher, or parent. In truth, there is no real need for more words of reason or logic nor even simple outrage. There is no amount of reasoning or turn of phrase possible to respond to this kind of madness. All that needs be done is to rise and revolt against insane oppression.

But make no mistake, the road to effective resistance requires not simple rage, but deliberate mass-based action by the citizens of Michigan and the oppressed communities of working people, people of color, women, and every disenfranchised section of our society–the 99% of us who do not now nor ever have benefitted by a system whose focus has been unfettered profit from the very wealth that the 99% of us create by our existence and toil in too much struggle for a better life we should have by work we do and the economies we create as a matter of the course of life. The ruling classes use violence and militarization to divide us all against each other in service to the rule of the bankers, bosses, billionaires and their mouthpieces in government. They “educate” us into believing that this meager existence is the best of all possible worlds and when any of us seek to question this unviable form of society we are met with political “choices” between the lesser of evils or the worst of evils–Democrats and Repubicans (or their satellites). If we strive to emerge from the grasp of lesser-evilism, we are met with denial of democratic rights, state surveillance, media misdirection, and, when even these do not deter us, we are met with police state and extra-legal violence.

What the rulers of capital and profit fear most is not our meager physical resistance, what they fear most is when we come into the streets organized, peaceful, determined, and willing to stand against their manuevering, their threats, their police batons, and right wing paramilitary intimidations. In short, when we remove the blinders of their lies, deceits, and ineffectual politicians, when we seek to create democracy directly through our united mass action, we are the most powerful. When we do so with united organization–like they do against us–combining the interests and efforts of each of our individual struggles–against police violence, against gun violence, against educational violence (providing an education that “tests” us on our compliance with the status quo), against the social violence that denies women the right to control their bodies, people to choose the relationships that make them happy, or to the right to speak our minds without being fired for our thoughts–when we act together and in concert they cannot stand against us. This is the truth they hope will elude us if we are cowed by their “rulings” against democracy and the social good.

Make no mistake, what is at the heart of providing an “education” that is substandard is this fear that they have that with our intelligence awakened (for we have it regardless), we will know what it is we need to do. Stand United, Stand for Democracy, For the Rights to Education–of Worth–For All.

About the Author:
Manuel Barrera is Associate Professor of Urban Education at the Metropolitan State University in St. Paul, Minnesota. He has been involved in the struggle for a better world since age 7 when he stood to defend his two friends, the Jacksons, the lone African American boys in a southern Texas town; when he saw the world as it is and vowed to fight to make it what it should be.