On Thursday, the members of OPEC met in Vienna, and did something that could have a huge impact on our economy and the environment for years to come. Before the meeting, there was speculation that OPEC might cut their oil production back in order to prop up prices. However, the members couldn’t come to an agreement, and as a result did nothing.

Up until recently, the US, Canada and Russia could increase oil production without it having much impact on the world market price. Iran was under sanctions, there was a civil war in Libya, and China was using all the oil we could ship. However, oil demand in China, Japan, Europe and the US is declining, as industries and transportation becomes more efficient as far as energy use goes and clean energy becomes more affordable and practical.

Now though, Libya is producing again. The US, Canada and Russia are still ramping up production. The result? Oil prices are the lowest that they’ve been in five years. 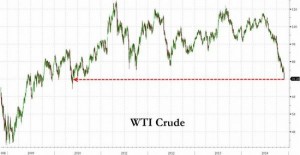 Here in the US, OPEC’s decision could have serious impact on our economy, and not all of it good. First the bad; a lot of the minor players in today’s oil boom will be forced out of business. The US is the largest crude oil producer in the world at the present time, and high oil prices are what made some of the more marginal operations profitable. In states such as Texas, Oklahoma and North Dakota where oil is the main driver of the economy, this could mean serious trouble. Then, there’s the junk bond market. Energy companies now account for about 15 per cent of outstanding issuance in the non-investment-grade high-yield – or “junk” – bond market. When the energy companies start defaulting on those, we could see something resembling the housing market crash, but on a smaller scale.

Now, the good. Gasoline prices should stay about where they are, and maybe even drop some more in the next couple months. As US natural gas becomes a less and less cost effective option (because the price of natural gas will rise to offset the lost revenues elsewhere), more business and residential customers will switch to cleaner sources of energy. And, there’s the lessened impact on the environment as we pump and transport less oil. 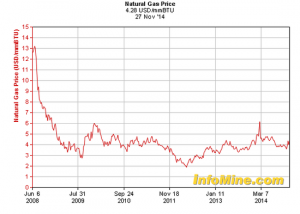 The impact around the world’s the same mixed bag as here in the US, but even more so. Countries such as Venezuela and Iran depend on increasing oil revenues to balance their budgets, so they aren’t happy with the decision; they were for cutting back production. Russia isn’t happy either (though they aren’t an OPEC member), as oil revenues make up 45% of the budget. Saudi Arabia, on the other hand, has large cash reserves and can hold on through an extended period of low oil prices.

OPEC’s next scheduled meeting’s in June, though they can call a meeting at any time. Will this stretch of low prices ironically be the start of a boom in clean energy, due to the energy companies not being able to afford fighting the expansion of such technologies? Or, will it lead to more instability and economic turmoil both here and abroad? The next few months are going to be interesting, no matter which way you look at it.