On Friday, the Senate passed the 2015 National Defense Authorization Act (NDAA). It’s a huge bill (1700 pages) covering the allocation of 60% of our country’s discretionary spending for the year. But, defense isn’t the only thing in the bill, and there’s a lot of just plain bad news for civilians and the military alike. Let’s look at some of the more egregious parts of this gargantuan bill, and why we think it deals with being nationally offensive instead of being strictly about national defense. 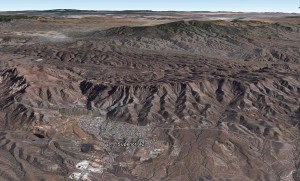 Apache Leap, the site of the proposed mine. Photo by SkyTruth [CC-BY-SA-2.0], via Wikimedia Commons

Let’s begin with the Southeast Arizona Land Exchange, or, as we prefer to say, the great Apache sacred ground land grab. 2400 acres of land sacred to the San Carlos Apache tribe are to be opened to exploitation by Resolution Copper Mining, a Rio Tinto subsidary. We ran an article about it on Friday; it’s well worth reading if you haven’t done so already.

Another item on the exploitation list is the expedition of the process for new oil and gas drilling permits. Energy prospectors will now have an easier time getting permission for drilling wherever they so desire. We’ve talked many times about the dangers of fracking to the environment, health and seismic stability of the surrounding areas; easier access to permits is exactly what we don’t need. The silver lining in the cloud? The low price of oil at the present time makes many fracking operations unprofitable at this time; especially new startups.

The military only receives a 1% pay increase next year (General and Flag Officers have a pay freeze). While this may seem almost generous considering that wages for most Americans have stayed flat or declined in recent years, our soldiers are still underpaid. Furthermore, basic housing allowance will decrease by 1% over the same time. Prices in the housing market are increasing much more than the 1% that pay is rising; hence, our soldiers and their families end up with a net loss. Oh, and did we mention a $3 increase in pharmacy co-pays? Or that subsidies for military commissaries, where troops buy groceries, are cut by $100 million?

As far as Mideast involvement goes, it extends authority to the president for a plan to train and equip moderate Syrian rebels. It also authorizes $6.6 billion for operations against Daesh (ISIS). This includes the deployment of 1,500 more U.S. forces, as well as train and equip Iraqi security forces for two years. So, not only are we sending more troops back to Iraq, we also have “advisers” in Syria. This is beginning to sound to us like Southeast Asia in the late 50s/early 60s, and we all know how that turned out.

There are some good things in the NDAA as well. There’s a couple welcome changes designed to combat sexual assault in the military; the “good soldier defense” is eliminated and victims will have the choice of prosecuting offenders by court-martial or through civilian channels. And, new national parks and wilderness areas are designated. But, these don’t make up for the really bad things in the bill. 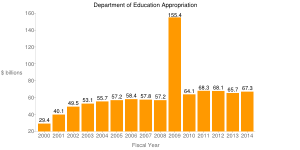