Ever since the 1980 elections and the Reagan administration, we’ve seen an ever increasing implementation of neo-liberal policies. Disastrous “free trade deals” such as NAFTA, the TPP and TTIP that outsource jobs and cut wages here at home. The privatization of public utilities and our educational system.  Deregulation of industries and the financial sector. The cutting of public spending for such things as infrastructure, education and the safety net for the poor, while giving ever increasing subsidies and tax breaks to business.

All these and more are the implementation of neo-liberal policies, and as the corporations and moneyed interests gain more and more power, those policies have spread throughout the world. But, have you ever stopped to think what a neo-liberal dream state would look like? In Honduras, there’s a serious chance that such a thing may come to pass – and it’s not pretty. 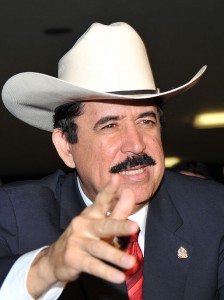 First though, we need to see how neo-liberalism took hold in Honduras. In 2009, President Manuel Zelaya was overthrown in a coup. Zelaya had strong support from the unions and the poor, and had raised the minimum wage by over 50%. He had also formed an alliance with the Bolivian Alternative for the Americas (ALBA), which had been established by Venezuelan President Hugo Chávez and other leaders in Latin America as a counter to the trade and security policies sponsored by the United States. Needless to say, he was thought of as a threat by the wealthy business leaders and, to a lesser extent, the US itself.

However, Zelaya was term-limited by the Honduras constitution, and thus had proposed putting on the ballot a referendum on a Constituent Assembly to amend the constitution so he could run again for office.

The Honduras Supreme Court ruled that such a referendum would be illegal, and immediately after the election, the military (who policed the election) detained him. The Supreme Court followed with an order to arrest Zelaya. The government then named an interim president until they could hold new elections, and in an election that was held in a context so problematic and laden with violence that election observers from the United Nations, Organization of American States, the European Union, and the Carter Center refused to monitor or support them, Porfirio “Pepe Lobo” Sosa was elected president. The US was the single major nation to recognize the new government. 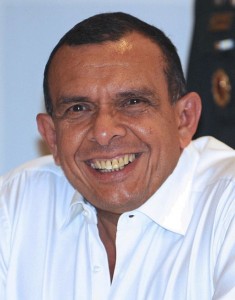 Sosa and his Nationalist Party put into place policies that all of us are too familiar with. Spending on social programs such as education and health care was cut dramatically, while at the same time overall spending increased via tax breaks to the wealthy and corporations, as well as militarizing the police. Economic growth slowed. Unemployment has grown. In the two years after the coup, over 100 percent of all real income gains went to the wealthiest 10 percent of Hondurans. Sound familiar?

Sosa’s chosen successor Juan Orlando Hernandez, was elected president last year. Besides continuing with his predecessor’s policies, he’s attempted to create a permanent, militarized police force that answers only to him (this was shot down by the voters). And, he and the Honduran government are implementing Zonas de Empleo y Desarrollo Económico (special employment and economic development zones), also known as ZEDEs or “charter cities.”

The whole idea of ZEDEs comes from a 2009 TED talk. Respected economist Paul Romer outlined a plan where a struggling country would sign over a large tract of “uninhabited” land to a developed guarantor nation, which would create and oversee an investment zone free from the host country’s “fickle” politics and “troublesome” rules. One of Sosa’s aides discovered Romer’s TED talk, and after a meeting, the two began working on a plan to build charter cities in Honduras.

In 2011, the Honduran National Congress passed a constitutional amendment permitting special development regions (REDs), which were like charter cities but without the guarantor nation called for in Romer’s original proposal. The regions would set their own regulations and jurisdictions, and would only transition to democratic control when “they had developed the necessary institutions and populations to hold their own elections.”

In October 2012, the Honduran Supreme Court in a 4-1 vote ruled REDs as unconstitutional. Two months later, the four justices who voted against the legality of REDs were removed by the National Congress, and the only justice to vote in favor of them is now the attorney general.

In early 2013, ZEDEs were proposed; basically the same thing as REDs but with some notable tweaks. This time, the new Supreme Court upheld the legality.

The Committee for the Adoption of Best Practices (CAMP) are who sets the guidelines for ZEDEs. Its functions include approving regulations and recommending judges in a ZEDE, and setting aside areas for a zone’s future expansion following an undefined set of “international best practices.”

There’s 21 members of CAMP, and some of them you might recognize. According to Danielle Marie Mackey writing for the New Republic:

“Three are Honduran. U.S. members include Mark Klugmann, speech writer for presidents Reagan and George H.W. Bush, and image consultant to Honduran post-coup president Lobo; Grover Norquist, founder of Americans for Tax Reform; Richard Rahn, vice president of the Chamber of Commerce during the Reagan administration and senior member of the Cato Institute; Loren A. Smith, federal judge and chief campaign advisor to Reagan in 1976 and 1980; Reagan’s son, Michael; and Mark Skousen, former CIA economic analyst and Forbes columnist. The list also includes a Danish banker, a Peruvian economist, and an Austrian general secretary of the Friedrich Hayek Institute.”

As to how the ZEDEs work, Mackey says; “An investor, either international or local, builds infrastructure….The territory in which they invest becomes an autonomous zone from Honduras…The investing company must write the laws that govern the territory, establish the local government, hire a private police force, and even has the right to set the educational system and collect taxes.”

Erika Piquero at Latin Correspondent described the law as “allowing the corporations and individuals funding the ZEDEs to dictate the entire structural organization of the zone, including laws, tax structure, healthcare system, education and security forces. This kind of flexibility is unprecedented even in similar models around the world.”

In other words, the ZEDEs are essentially automonous city-states, with their own laws, police and regulations. We can just imagine manufacturing ZEDEs with no environmental or safety regulations, or ZEDEs set up as escapes for the 1%, with their own tax laws and no extradition agreements. And, in both cases, they’d have militarized police; in fact, a new bill introduced by Hernandez would allow municipalities and ZEDEs to request that the PMOP (the national police) or other branches of the Armed Forces provide them with security services.

Frankly, the whole idea terrifies us. We’d like to think that such a thing could never happen in the US, but we’ve seen too much evidence to the contrary. Once again, it’s up to us to say enough is enough.