One of the more amazing (and amusing, if we’re to be honest about it) stories in national politics so far this year has been the rise of Scott Walker as a player in the GOP presidential race. We’ve written about him on numerous occasions; the last time we took a look at what he was up to, we compared what he claimed in his inaugural speech to what was actually happening in the state.

A couple weeks ago, another of our crazy neighbors (Representative Steve King from Iowa) hosted the Iowa Freedom Summit. Shunned by the “moderate” GOP establishment, the event was basically an audition for the Iowa primary. Ben Carson, Ted Cruz, Mike Huckabee, Donald Trump; the list of potential and pretender candidates speaking was enough to send a shiver of excitement down the typical Iowa Tea Party supporter’s leg. Two speeches attracted most of the attention, though; Sarah Palin’s incoherent word salad that had some of her most ardent former supporters throwing her under the bus, and Scott Walker’s speech.

His speech, as was to be expected, highlighted all the things he’s done in Wisconsin that horrify us but for some reason thrills the conservative base, such as defunding Planned Parenthood in Wisconsin, cracking down on non-existent voter fraud, and of course, busting the public-employee unions. As far as ideas for tackling any of the issues the country as a whole faces, though? Crickets.

The base didn’t care, though. Walker surged to the front of the GOP pack in both the Iowa caucus and New Hampshire primary polls. Rush Limbaugh is singing his praises. So, what is Walker doing now that the public eye’s fully trained on him? As you’ve probably figured by now, nothing good, and a couple things that will prove to be incredibly stupid moves for anybody trying to be considered a contender. 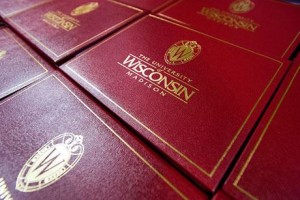 First of all, Walker announced that he would propose drug testing for Medicaid and food stamp recipients. This has been proven to be a failure everywhere it’s been tried; in Florida, only 2% of recipients tested positive for drugs, which is far less than the percentage of the population at large who uses drugs. It’s an expensive way to dehumanize those needing assistance.

Next, he announced that in his budget, he was going to ask for a $300 million cut to the University of Wisconsin system. In an interview with local conservative radio host Charlie Sykes, Walker said; “Maybe it’s time for faculty and staff to start thinking about teaching more classes and doing more work.” Mind you that Wisconsin is already 37th in state support for higher education among the 50 states, 47th in percentage growth in higher education spending, and 31st in state spending on student aid.

However, he is asking for $500 million dollars to build the Milwaukee Bucks a new basketball stadium. Let’s see- cut the budget for college education sharply and use that money plus $200 million more to build a stadium. What could people possibly find wrong with that? But, we digress…

Then, we had his appearance last Sunday on ABC’s This Week. When questioned by Martha Raddatz over what he would do about Syria if he were the one making policy, he had no clear answer. However, he also said he wouldn’t rule out boots on the ground anywhere in the world. While this might play well to his conservative base, we’ll bet the majority of the electorate has had enough war over the last fourteen years to last them for quite a while.

On Monday, Daily Kos broke in the national media an investigative piece done the week before by Mary Bottari for PR Watch claiming that James O’Keefe, the person behind many conservative hatchet jobs such as the attack on ACORN, was paid $40,000 by Wisconsin Club for Growth’s Eric O’Keefe to do a hatchet job on Wisconsin State Senate President Mike Ellis. Though Ellis was a Republican, he had split with Walker over issues such as school vouchers and the role of money in politics. Therefore, Ellis had to go – and he did.

Which brings us to the latest Walker stunt. In his budget, Walker completely removed “The Wisconsin Idea” from the UW mission statement. The statement previously prioritized extending educational resources to “every family in the state.” The statement originally read: “Inherent in this broad mission are methods of instruction, research, extended training and public service designed to educate people and improve the human condition,”

He received lots of blowback for this in both the local and national press. Walker claimed that the change was a “drafting error”, and that he intended only that workplace development be added to UW’s mission, not that it replace the other values. However, email copies document that the Walker administration gave detailed instructions on how to remove “The Wisconsin Idea” from the UW mission statement.

Occupy World Writes recognizes the necessity of having at least two strong political parties at the national level. The devolution of the Republican Party over the last few years frightens us; as the extremists have gained more and more of a voice, they’ve alienated women, immigrants, minority communities, the LGBT community, students, and others. Some people on the right see Walker as a way to appeal to moderate voters; if the Republicans name him as their nominee, it could be the “drafting error” that finishes them off as a national force for the next generation.