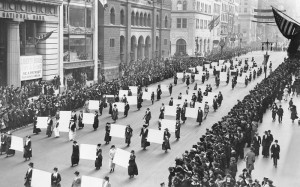 Every few days, I get notices of petitions that are hoping to gain my signature. Most I consider to be frivolous and they are ignored. Then I saw this one:

“Now Republicans have gone too far. Last Thursday, House Republicans introduced legislation to require forced vaginal ultrasounds before receiving an abortion–or what many consider to be state-sponsored rape.

This unacceptable intrusion into a woman’s health decisions is offensive and has no place in America. Republicans are facing backlash from women for being too extreme, and they actually had to abandon another anti-abortion bill because of outcry within their own party. If we show them that attacking women’s health isn’t just bad policy, it’s bad politics too, we can get Republicans to drop this extreme bill. Will you sign the petition?”

After adding my name, I decided that despite my stance to not post much of my political views on my personal Facebook page, this made me mad enough that I posted it anyway, and added this comment: 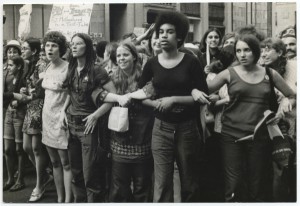 “OK, this is why I am thinking we need a NATIONAL WOMEN’S STRIKE on August 26, 2015, on Women’s Equality Day. They keep saying they “Want to take our country back.” It appears that means they want to take it back to a time when women were dying from self-induced abortions gone wrong. Are you with me?”

Only one friend “liked” the post – a male friend who is a women’s rights advocate.

I was disappointed. I thought about the days between this and when my husband and I went to watch the film “She’s Beautiful When She’s Angry.” I was convinced that a resurgence of the women’s movement is beyond overdue. Where were my friends?

Then it hit me. They are in the same place they have been for decades. They are apathetic and have removed themselves from broader perspectives to view life as being good so long as these two or three issues they really care about are not threatened. It results in a numbing and dumbing that allows other values to be eroded on a consistent basis, hidden behind the distractions of everyday life. Was the dress blue and black or white and gold? 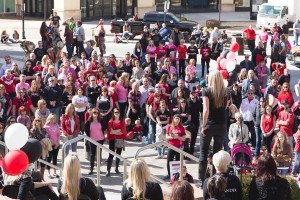 On August 26, 1920, women in the United States won the right to vote after a 50 year struggle for this basic American right.

50 years later, in 1970, the National Organization for Women (NOW) and the women’s liberation movement held the first nation-wide march for women, demanding  “Free abortion on demand, 24-hour day care for all mothers, and employment, pay, and promotion opportunities for women equal to those of men.” Events took place in over 90 cities across the nation.

To date, none of these demands have been met.

On the contrary, what we are seeing is a pull back on what little progress has been achieved for women since 1970. Most recently;

In 1970, tens of thousands of women marched down 5th Ave in New York City, others surrounded the statue of Liberty, and the stock market ticker came to a screeching halt as women came out to make a statement. This was not done with the aid of social media, internet and modern technology. Today we have cell phones, the internet, email, Twitter, Facebook, networking and numerous other ways to communicate beyond what we had in 1970.

What would we ask for?

How much effect would women have if they called for a national strike on Women’s Equality Day, August 26? Imagine the results if women today rallied together with the same impassioned voice as they did in 1970…