On Monday evening, the New York Times ran a story claiming that Hillary Clinton exclusively used a personal email account to conduct government business as secretary of state, and may have violated federal requirements that officials’ correspondence be retained as part of the agency’s record.. 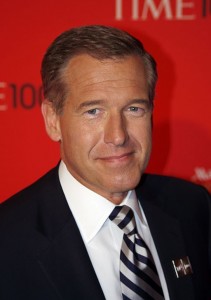 Brian Williams. Photo by David Shankbone (Own work) [CC BY 3.0], via Wikimedia Commons

The story was treated as breaking news on the cable news networks, with the pundits wringing their hands and talking in whispered tones about the possible violation of federal law by the person commonly seen as the Democratic front runner for the 2016 presidential nomination. The story went viral on social media as well, with all the misinformed commentary you would expect.

Something didn’t seem right to us about the story, though. Due to the hyper-polarization of US politics these days, we’ve seen the House of Representatives conduct numerous investigations of the Obama administration and their actions on September 11, 2012 and the attack on the US consulate in Benghazi, Libya. We would think that this fact would have logically come up during the investigations, and, if there was anything illegal about it, that it would have been splashed all over the papers before now. So, what’s the real story?

As it turns out, the federal requirements the New York Times talks about weren’t even in place when Clinton was in office. Those requirements are part of the Presidential and Federal Records Act Amendments of 2014, which was introduced in the House on March 18, 2013. It was signed into law on November 26, 2014; almost two full years after Clinton had left office.

This isn’t the first time that the national and social media have run with and expanded on a story without verifying exactly what the story was about, or even that it was true. We only have to look at the traction stories such as Kim Jong-un feeding his uncle to dogs or Dearborn being under Sharia (note that we don’t say Sharia law; that’s a redundant phrase) get in the media.

We aren’t saying this is the case here, as Hillary Clinton definitely did use a personal email account for government business, and it does raise some questions over security and transparency. The account in question was created a week before she assumed office of Secretary of State. However, the fact that she used her personal email has been known since at least 2013, so why is it brought up now?

We recently posted a story on our Facebook page regarding the Telegraph in the UK. The Telegraph attempted to squelch the HSBC story, and would have succeeded had it not been picked up by a different news agency. What was the real story here? That the Telegraph was more concerned about running stories their advertisers approved of. The HSBC story was not one of these; it revealed how many of the advertisers were hiding profits in foreign accounts to avoid taxes. Yes, another thing we have in common. 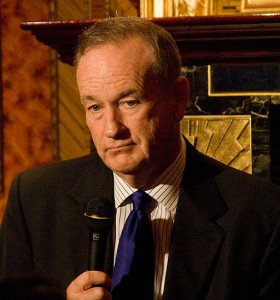 While attending classes in journalism, students are taught ethical reporting and responsible citation. They are taught to avoid biasing a story, and are taught these standards are the equivalent of the oath taken by doctors to do no harm. Journalists understand the power the written word has, regardless of the delivery system. To fail in these standards is to adopt “yellow journalism” which serves no purpose.

This is why independent journalism is so crucial. US news is controlled by only 6 corporations. Those corporations are controlled by people. People are controlled by money, personal bias and opinion. When they see what they perceive to be a greater good being served, they are willing to use any – and all – resources at their disposal to accomplish the goal. In the middle of the most heated foreign policy debate this country has seen in decades, should it come as a surprise to see this happening?

The next time you hear “breaking news” be sure to check for credibility. Ask a few critical questions before making judgements. Since we have such an overt failing of what many believe to be “trusted” news agencies, you need to become your own journalist at times.

Editorial note: this article was co-authored by ew and MNgranny