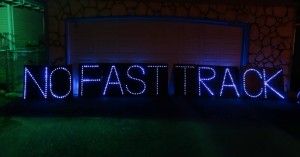 Signaling that loud grassroots resistance may be working, congressional Democrats are failing to get behind the White House’s push for unilateral authority over the secretive 12-nation trade deal known as the Trans-Pacific Partnership (TPP), according to news reports on Tuesday.

At issue is whether the House will approve a pending bill that would grant President Barack Obama ‘Fast Track’ trade promotion authority, which would allow the White House to bypass Congress and seal the deal on the controversial TPP.

According to The Hill on Tuesday, as few as 15 House Democrats appear willing to support Fast Track legislation. That number, The Hill reports, is “far fewer than the 50 Democrats Speaker John Boehner (R-Ohio) and other Republicans have asked the White House to deliver.” And with some conservatives wary of backing the President, “it’s possible a vote would fail on the floor.”

A Senate version of Fast Track is currently being negotiated by leaders of the Senate Finance Committee, Sens. Orrin Hatch (R-Utah) and Ron Wyden (D-Ore.), and will reportedly be brought to a hearing on Thursday of this week.

“Fast Track is, in essence, congressional pre-approval” of the TPP, notes Dave Johnson, fellow at the Campaign for America’s Future. “With Fast Track Congress agrees to give up its much of constitutional duty to define negotiating objectives, carefully deliberate and debate, and fix problems that might turn up.”

And critics say that such problems are many. The largest trade agreement to be negotiated by the U.S. in more than a decade, opponents charge that the pact will pave the way for greater corporate malfeasance while threatening the environment, food and health safety standards, workers rights, and access to medicine worldwide.

On Monday, Reuters reported that Japanese and U.S. officials are meeting next week to discuss the trade deal and are banking on fast track approval to ease those talks.

Meanwhile, a coalition of grassroots, environmental, and labor groups opposed to the trade agreement have in recent weeks amplified their message to Democratic leaders, particularly Wyden, warning that they will face a backlash from constituents if they support Fast Track.

Additionally, unions across the U.S. have suspended all political donations pending Congress’s vote on the matter, the Guardian reports.

On Wednesday, AFL-CIO is kicking off a Week of Action with a rally on Capitol Hill to be followed by a national day of protest on Saturday with more than 50 events to be held across the country.

In an interview published Tuesday, AFL-CIO president Richard Trumka told the Guardian that Fast Track is neither transparent nor democratic. “The only reason to say we need Fast Track is if we can’t pass the deal without an up-or-down vote,” he said. “If they can’t pass it the way other pieces of legislation get passed, it’s probably unworthy of the American people.”

And as Margot E. Kaminski, Ohio State University law professor and fellow of the Information Society Project at Yale Law School, writes in a New York Time op-ed on Tuesday, one of the more troubling aspects of the trade deal is that its details are classified as national security secrets.

The unprecedented secrecy of the Obama administration in these negotiations “does not just hide information from the public,” Kaminski explains. “It creates a funnel where powerful interests congregate, absent the checks, balances and necessary hurdles of the democratic process.”

As Congress considers Fast Track, Kaminski continues, lawmakers “must address the secrecy, and the views of the privileged advisers, that shaped the agreement. Otherwise, ‘fast’ will be little more than a euphemism for ‘avoid the public, and benefit the fortunate few.'”