Today is my older sister Sue’s birthday. Usually I’d post something sappy to her wall, and call her when she got home from school (she’s a teacher) and rib her over the fact that she’s a year older, and therefore much more ancient than I am, even though only three years separate us. However, this year is different…

Last summer, she began to feel sick. She couldn’t hold down various foods, and others would pass right through her. Her doctor originally thought it might be a combination of celiac disease and a sudden dairy allergy, and recommended some changes in her diet. For a while, the changes seemed to work. Then, the symptoms came back. She went back to the doctor for more tests.

The results came back in November; she had cancer. Of course, this being Sue, it wasn’t any ordinary cancer, but a very rare neuroendocrine cancer that was untreatable and invariably fatal. The “good” news is that the patient usually has three to five years to live.

Being the person who she is, Sue wasn’t going to go quietly into the night. On recommendations from the Mayo Clinic, she started undergoing chemotherapy with the hope that the cancer would go into remission until a later date.

Instead, the chemo seemed to aggravate the cancer’s impact. After much discussion among her family, she decided to quit the chemo and let whatever happened happen. 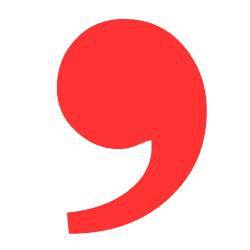 A comma is a pause…

On the last Saturday in March, I got a call from Jeff. He said that Sue probably wouldn’t last the week, and that I should get up there as soon as possible. I got to where she was staying just before midnight; a hospice across the street from the hospital. She wasn’t very responsive, but she recognized me. She rolled over towards me and squeezed my hand.

As I sat there in the dark with her, I started talking about whatever popped into my head. Memories of times that she and I had shared came roaring out of nowhere and came flying out of my mouth. As I talked, the apprehension and denial I felt was gradually replaced by acceptance of what was to happen, and a feeling of peace came over me.

I stopped by the hospice again the next morning; all of her kids and Jeff were already there. The old Sue popped out for a bit; the first thing she asked is if I slept well (yeah – right), and then she started trading awful puns with us. She tired quickly, though. I jumped in the car and drove the three hours back home, as I was in the process of moving, and time was getting short.

Four weeks ago today, my twin sister called; Sue had passed away minutes before. I sat in the middle of the floor between the boxes I was packing and cried. Somehow or another, I made it through the next couple days and finished the move.

I went back for the reviewal and services that weekend. At the reviewal, I saw references to the comma, and quite a few people wore buttons with commas on them. The services were held in the school auditorium instead of her church due to the sheer number of people attending, not to mention the years she had spent teaching there. There again, I saw commas everywhere, and I finally heard the story of why the comma was so important to everybody there.

Sue was having a hard time with what had become the harsh reality of her future, and understandably so, so she talked to the minister of the church they attended. Her minister told her to think of death not as a period; not as something final. Instead, she should think of it as a comma; a pause before the story resumes. Being an English teacher, this appealed to Sue’s way of thinking, and she adopted the comma as her way of staring death in the face.

The weeks since have been hard. More than once all of us who knew her have had mini-breakdowns where the loss becomes overwhelming. But, her minister was right. The events of that week weren’t an ending; they just marked a pause before the story continued. Her legacy lives on in the thousands of students who she inspired. She lives on in the hearts and minds of her family and friends. She’s still here; the story just paused for long enough for us to regain our footing and start down this new path.

Happy birthday, Sooby. I love you…