Written By Pam Martens and Russ Martens: Published May 4, 2015 in WallStreetOnParade.com. Reprinted here with permission. 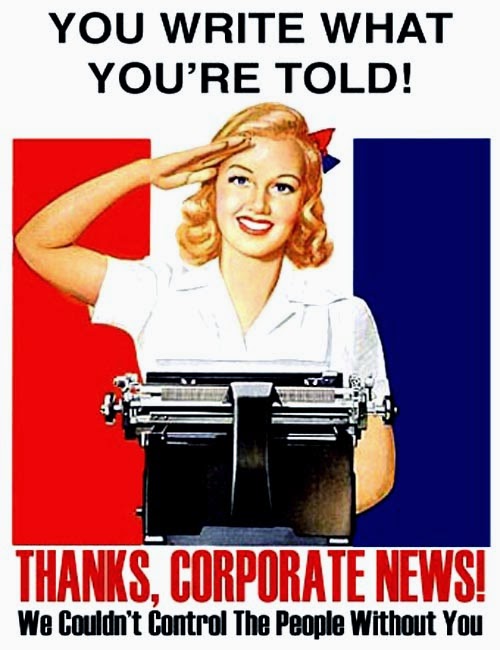 Last Wednesday, the grassroots organization, Move to Amend, held a press conference at the National Press Club to announce that six members of the U.S. House of Representatives were introducing legislation to overturn Citizens United v FEC to make free speech and all other rights guaranteed under the U.S. Constitution available only to “natural persons,” not corporations or limited liability companies. The legislation would also give Federal, state and local governments the ability to limit political contributions to “ensure all citizens,  regardless of their economic status, have access to the political process.”

When corporations overturn the will of the people, it’s widely covered by corporate media. When the people fight back, the news is frequently blacked out. As of this morning, we could find no major corporate media outlet or corporate wire service reporting on last Wednesday’s press conference by Move to Amend. That might be because there was evidence presented at the press conference of a groundswell of public momentum to overturn Citizens United, the decision handed down on January 21, 2010 by the U.S. Supreme Court that opened the floodgates to corporate campaign spending in elections along with super wealthy donors.

The press conference revealed that 16 states have passed resolutions asking Congress to overturn Citizens United while almost 600 municipalities and local governments across the country have done likewise. Almost two dozen other states have resolutions pending or introduced.

Congressman Rick Nolan of Minnesota spoke at the press conference, telling attendees that “Good and successful movements in this country have always started with ordinary people who commit to accomplishing great things. And so it was with ending slavery, with child labor laws, environmental laws, women’s suffrage, civil rights, the progressive income tax, Social Security, Medicare, rights for the disabled – you name it – this movement transcends labels, it transcends political parties, it transcends regions and it transcends generations.”

Nolan added that “America’s future and American democracy is dependent upon the success of this movement.” In addition to Nolan, co-sponsors of the bill include Mark Pocan (WI), Matthew Cartwright (PA), Jared Huffman (CA), Raul Grijalva (AZ), and Keith Ellison (MN).

Leesa “George” Friday, who has been part of this grassroots movement since its beginning in 2009, said “Democracy isn’t a gift that we’re given, it’s a right. And with that right comes the responsibility to do a little bit more than just go to the polls every now and then or volunteer for a campaign, write a check or make some phone calls. It means being vigilant about what democracy means; about holding sacred that democracy; and doing the work.”

Read the rest of the article

Editorial Note:
Occupy World Writes encourages anyone and everyone that believes in democracy to read the rest of this article. Some of the best points are not contained in this excerpt.

The burden of awareness falls on us, the people. Corporations control the major media outlets in this country, and it is not in their vested interest to allow Citizens United to be repealed. Get involved. If you can’t think of anything else to do, at least attend a few local Move To Amend meetings.

Find out where candidates asking for your vote get their money. If they won’t tell you, you have reason to suspect you are not who they will represent.