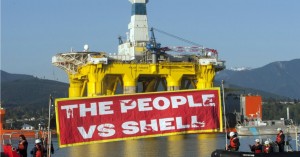 All eyes are on Seattle this weekend as activists fight Shell’s dirty Arctic plans. (Photo: Greenpeace via Twitter)

Kayaks began lining up on the shores of Seattle’s Elliot Bay early Saturday morning in preparation for the sHell No! “flotilla rally,” organized by social and environmental justice groups in opposition to Shell Oil’s plans to drill for fossil fuels in fragile Arctic waters.

Over the vocal objections of Seattle’s mayor and city council, as well as a large swath of the general public, the oil giant intends to use the Port of Seattle as a staging ground for its drilling operations off the northwest coast of Alaska.

To the dismay of environmentalists, the Obama administration earlier this week granted Shell conditional approval to resume those operations.

Climate activists, Indigenous communities, and eco-justice advocates, united under the ‘sHell No!’ banner, are resisting the arrival of Shell’s enormous floating rigs, charging that “Arctic drilling means destruction for spectacular wilderness, doom for our climate, and disaster for peoples in the global south.”

As Lisa Hymas warned for Grist, “If the company’s disastrous Arctic drilling attempts of 2012 are any indication, we can expect a big, fat mess. Even if Shell somehow manages not to spill huge quantities of oil in the rough, icy waters of the Chukchi Sea, then that oil will just get burned, worsening the climate crisis.”

About 20 paddling activists rolled out the un-welcome mat for the ‘Polar Pioneer’—one of two hulking rigs chugging into the Port of Seattle this week—on Thursday. Thousands are expected to participate in Saturday’s land and sea demonstrations, which will be followed by a mass direct action, aimed at shutting down Shell, on Monday.

The implications of the sHell No! fight go further than the Port of Seattle, Kate Aronoff writes for Waging Nonviolence. In fact, Aronoff argues, this battle “may prove a bellwether for the future of the fossil fuel industry in the Pacific Northwest.”

“With the Polar Pioneer’s 400 by 300-foot dimensions, the fight over the oil rig will put the question of fossil fuel extraction, quite literally, front and center in the city of Seattle,” Aronoff points out. “Given the sheer mass of the rig, local activists now have the chance to tell — and win — what could be one of the most visceral David versus Goliath stories of the last decade.” 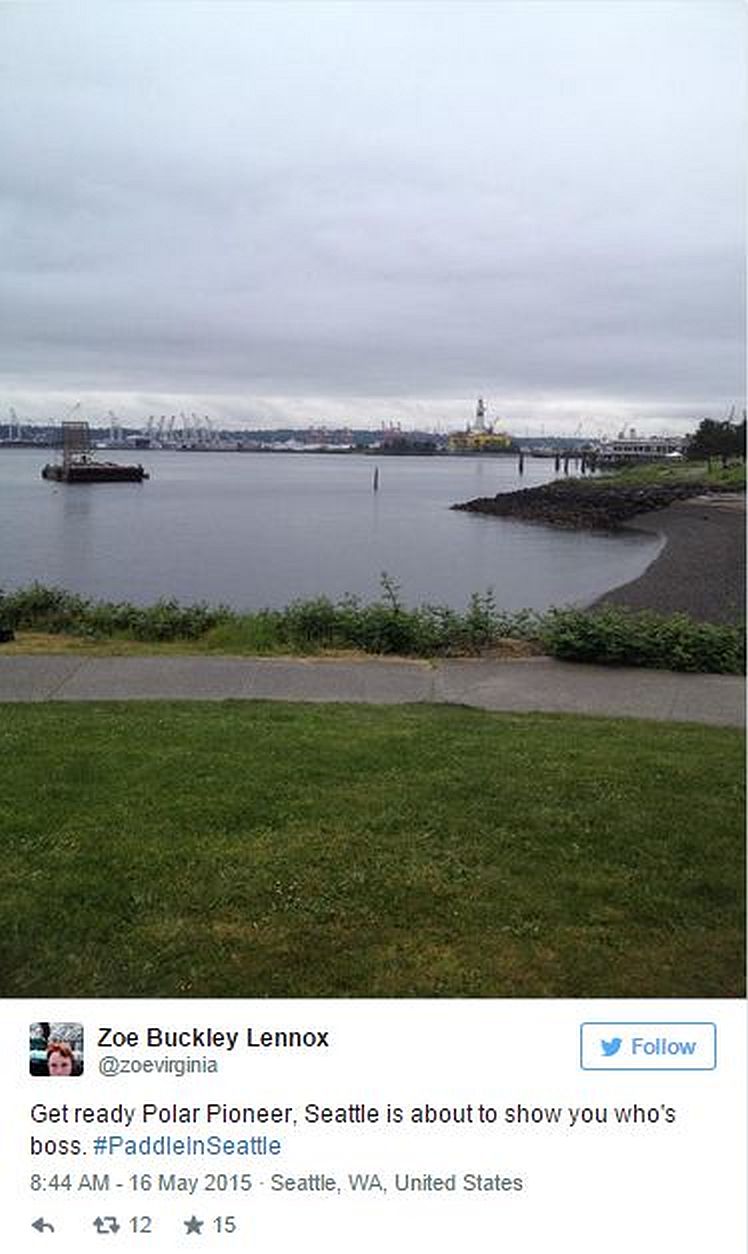 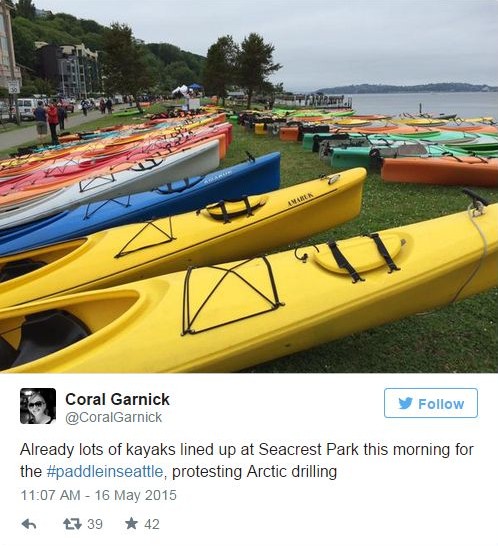