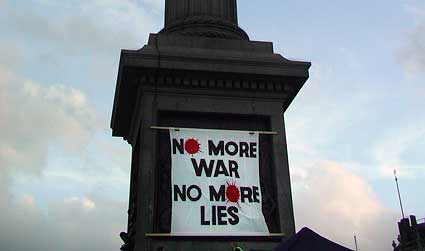 As world news unfolds daily, one of my alternative news sources interviewed a recent immigrant to the United States. A comment made by this person stays in my mind; “In America, the system is designed to force you to need more: why is it not that you can work hard and have enough?”

They used the example of how they started to save just a few dollars a month, and thought that was part of the dream, until the rent went up and took all of the savings. They worked hard enough to purchase a car – to learn they now had to afford the taxes, plate and title fees, insurance and maintenance.

If you look at the top of any web page, there is almost always a button that says “More.” Television ads have voice-overs that scream “But wait! There’s MORE!” Magazine articles lure you to other content: see “more” on page…” Newspapers move you to other pages and advertisements by making you follow the “More on A18…” just to read an entire article. “More for your dollar” is a familiar line in grocery market ads. New packaging tells us a product is “now with more…” whatever the ingredient-of-the-month club is touting.

Isn’t this the design of a system that got us into this mess in the first place? We were told we needed “more” house. We were told it was easy to get “more” credit. We could ask our lenders for “more” financing. And while we were doing this, they all recognized it really meant “MORE” for them.

More properties went underwater than at any other time in American history. More people became unemployed and then underemployed when the economy crashed and then began its slow climb from the pit. More children became homeless than during the great depression.

More lobbyists went to Washington and were paid more than at any other time. They helped write more laws favoring corporate profits than we even know about, and convinced the American people that it was the best path forward. More tax cuts for the top 2% have been given then ever before. More CEO and hedge fund managers were paid more in one year than most of us make in our lifetime.

More manufacturing jobs have left our shores than ever before. More threats to our environment exist every day. More poisons are released into our atmosphere, oceans, waterways and soil than at any other time of human history. More plastic floats in the ocean than can be cleaned up without costing governments billions of dollars.

More Americans have died in foreign wars than ever before. More veterans return home to find the benefits they were promised have been cut more. Our Congress now argues we need to send more weapons, more money, and more lives overseas to fight a never-ending war on terror, while more Americans are brutalized by the militarized police forces on our own city streets. More taxes go to foreign countries than we spend on our own infrastructure, and we call it “foreign policy.” It truly is more foreign to us.

How much “MORE” are you willing to take?