Organizations call on U.S. lawmakers to ‘vote in favor of an agreement when it comes before Congress’ 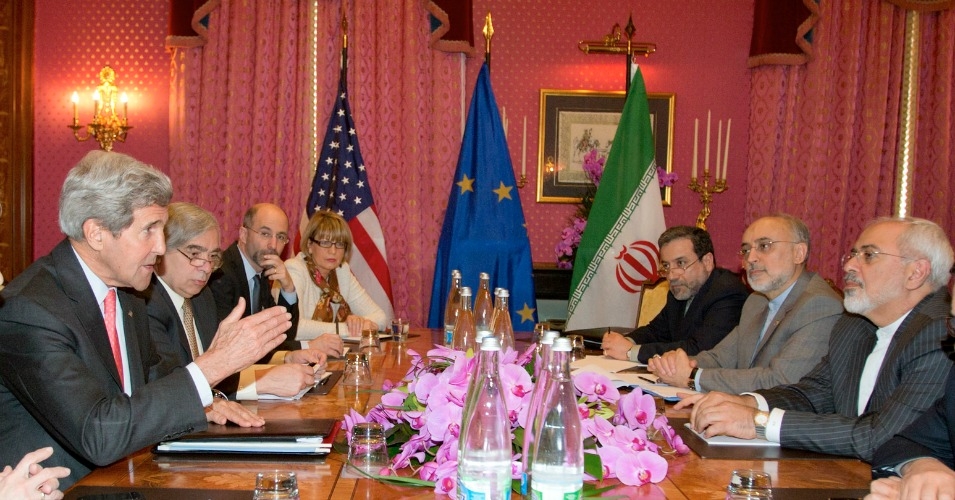 The deal being negotiated in Vienna is supposed to be based on an outline agreed in Lausanne, Switzerland (pictured above) earlier this year. (Photo: US Mission-Eric Bridiers/flickr/cc)

With a nuclear deal between Iran and other world powers “tantalizingly close,” civil society groups on Tuesday urged U.S. lawmakers to embrace the diplomatic process, back the agreement, and reject the “new push for war.”

In a letter released Tuesday, 40 U.S.-based organizations called on lawmakers to “vote in favor of an agreement when it comes before Congress and to commit to vote to uphold a Presidential veto should Congress vote against the agreement.”

Signed by numerous groups—including U.S. Labor Against the War, American Friends Service Committee, Jewish Voice for Peace, and National Iranian American Council—the letter continues: “The American public overwhelmingly supports a diplomatic resolution to the nuclear standoff with Iran and does not want another war.”

“We do not want to see the critical progress that American diplomacy has achieved over the past two years be derailed by some in Congress who prefer military adventurism over diplomatic solutions,” the letter states.

The missive was released the same day that the deadline for the nuclear agreement was officially pushed back one week. As Reuters noted Tuesday, this development was widely expected: “[W]ith the prize tantalizingly close and the atmosphere seemingly positive, the week-long extension came as no great surprise.”

Jamal Abdi, policy director for the National Iranian American Council, told Common Dreams, “We decided to release the letter before the final deal is announced because we see a lot of activity by opponents of the deal to set standards that are not necessary for the final agreement.”

As Common Dreams previously reported, opponents of the talks are launching an 11th hour, multimillion dollar lobbying and advertising bonanza aimed at convincing Congress to reject a final agreement.

But surveys indicate that those well-funded efforts do not represent the will of the public: numerous polls show that the majority of Americans backs a negotiated agreement with Iran.