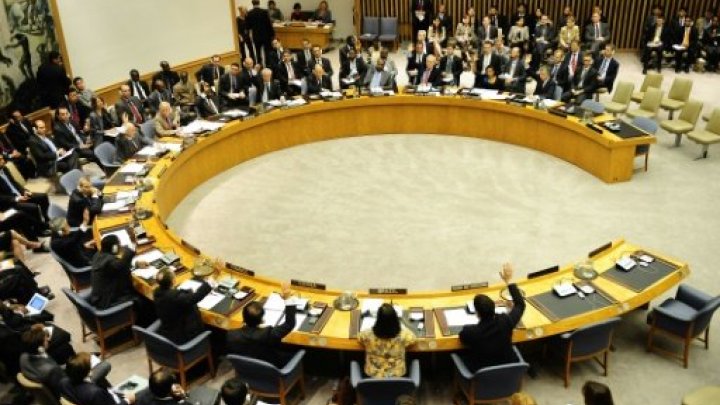 Sending a strong signal to the U.S. Congress to follow suit, both the European Union and United Nations Security Council on Monday endorsed the nuclear agreement between Iran and world powers.

As part of the accord, both bodies agreed to end crippling economic sanctions against Iran in exchange for new limits to its domestic nuclear program.

Representatives from each of the 15 countries within the Security Council unanimously voted to back the landmark deal reached last week between Iran and the so-called P5+1 Nations, which include the United States, Russia, China, United Kingdom, France, Germany, and the European Union.

Following the Security Council vote, U.S. President Barack Obama said he hoped the move would “send a clear message that the overwhelming number of countries” recognize that diplomacy is “by far our strongest approach to ensuring that Iran does not get a nuclear weapon.”

According to the text, in exchange for Iran’s compliance, seven UN resolutions passed since 2006 to sanction Iran will be gradually terminated. However, BBC reports, “The resolution also allows for the continuation of the UN arms embargo on Iran for up to five years and the ban on sales of ballistic missile technology for up to eight.”

The UN’s nuclear watchdog, the International Atomic Energy Agency (IAEA), is charged with the “verification and monitoring of Iran’s nuclear commitments.”

Meeting in Brussels, EU Foreign Ministers also formally committed to lift economic sanctions against Iran. The lawmakers, though, also elected to maintain the EU’s ban on the supply of ballistic missile technology and sanctions related to human rights, in accordance with the agreement.

The votes mark another step forward within a major worldwide agreement, reached after years of arduous negotiations.

The onus now falls on the U.S. Congress to also approve the accord, which was formally given to both Houses on Sunday, beginning a 60-day deliberation period. Conservative U.S. lawmakers and other warhawks, echoing the words of Israeli Prime Minister Benjamin Netanyahu, have tried to thwart the international agreement.

“There is broad international consensus around this issue,” Obama continued in his address. Then speaking beyond the agreement’s critics, he added: “My working assumption is that Congress will pay attention to that broad basic consensus.”

More than 150,000 people have so far signed a petition calling on Congress to back the deal and take us off “the path to confrontation and war with Iran.”