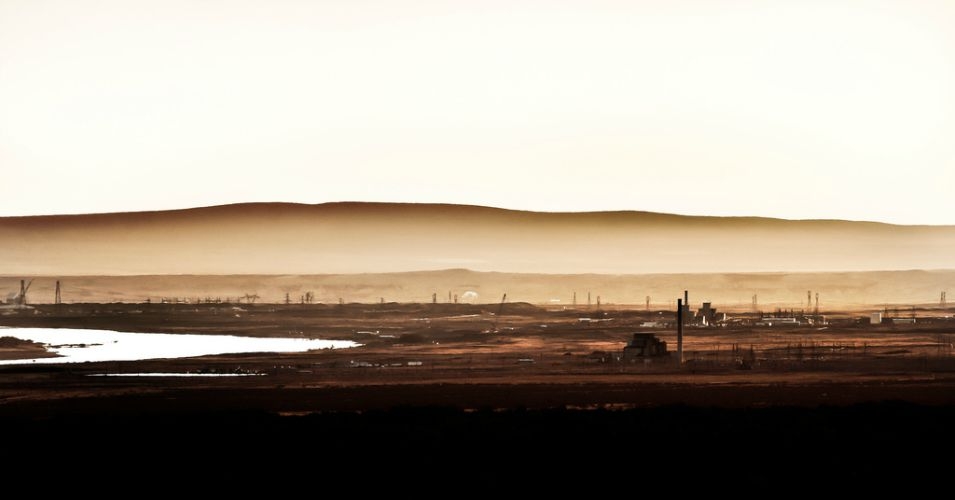 Ending years of legal wrangling, a whistleblower who raised safety concerns regarding operations at the Hanford nuclear waste site in Washington has won a $4.1 million settlement, his lawyer announced Wednesday.

had been leading a team of 100 scientists and engineers in designing a way to immobilize millions of gallons of highly toxic nuclear sludge as thick as peanut butter. The sludge, which could deliver a lethal dose of radiation to a nearby person within minutes, is stored in leaking underground tanks near the Columbia River in Washington state.

The radioactive waste at the site “is legacy of the Cold War, when the site housed nuclear reactors churning out radioactive plutonium for thousands of American atomic bombs,” the Center for Public Integrity explains. Now, the site is “the largest environmental cleanup project in the world.”

Tamosaitis’ problems erupted in 2010, when, as the Tri-City Herald reports, he

raised a concern that technical issues, including some related to keeping waste well-mixed within the plant, had not been resolved as Bechtel National was working to meet a deadline, according to court documents. At risk was an incentive payment of $6 million to be split between Bechtel and URS, with much of it dependent on resolving the mixing issue by the end of July 2010.

A few days after Tamosaitis discussed his concerns, he was removed from the project and escorted from vitrification plant offices, according to court documents.

Fifteen months later, he was fired.

“I was fired because I raised nuclear safety issues about the Hanford site,” Tamosaitis has said.

“We are very pleased that Walter can get on with his life after five years of litigation, and that he has been vindicated,” stated Jack Sheridan, the attorney representing Tamosaitis. “This settlement sends a message to whistleblowers everywhere that integrity and truth are worth fighting for, and that you can win if you don’t give up.”

Tom Carpenter, Director of Hanford Challenge, which advocates for safe cleanup of the site, said following the settlement that Tamosaitis is “a hero who staked his career to raise nuclear safety issues that could have resulted in a catastrophe down the road.”

“His concerns have led to the Department of Energy to abandon a dangerously defective design, and to call attention to the abysmal treatment of employees who bring forward safety issues,” Carpenter added. “The public owes Walt a debt of gratitude for his sacrifices.”