Decision is ‘the beginning of the end of Chevron’s abusive and obstructionist litigation strategy,’ says Ecuadorian activist 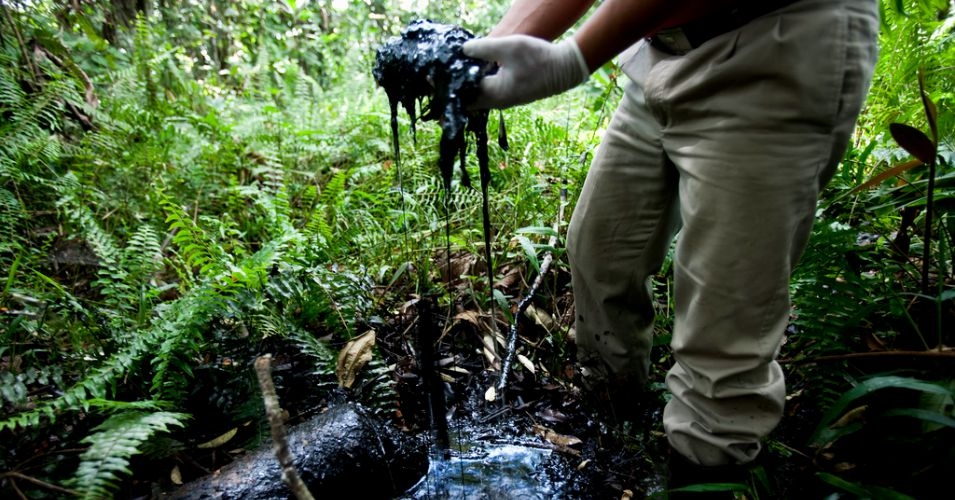 In a unanimous ruling hailed as “a major victory for human rights and corporate accountability,” the Canadian Supreme Court declared on Friday that a group of Ecuadorian villagers can pursue a multi-billion pollution lawsuit against oil giant Chevron in the province of Ontario.

“The law has finally caught up with Chevron,” the nonprofit Amazon Watch said in a press statement.

As a result of the ruling, the Ecuadorian villagers may now continue with a 2012 lawsuit they launched against Chevron’s Canadian subsidiary in Ontario. They claim Chevron’s activities have caused “horrific contamination”—and an Ecuadorian court agreed, ruling in 2011 that Chevron should pay $9.5 billion for the destruction it caused.

But as TeleSUR explains:

[…] Chevron has refused to pay and as a result the plaintiffs were forced to try to enforce the ruling by seeking the seizure of Chevron’s assets in Canada.

Friday’s decision by the Supreme Court affirms that Canada is an appropriate jurisdiction for the case.

“A finding of jurisdiction does nothing more than afford the plaintiffs the opportunity to seek recognition and enforcement of the Ecuadorian judgment,” wrote Justice Clement Gasconon on behalf of the court.

“Chevron’s deliberate dumping of 18 billion gallons of toxic waste water and 17 million gallons of crude into the Ecuadorian Amazon created a massive health crisis and remains one of the worst oil-related environmental crimes in history,” Amazon Watch said on Friday. “After being found guilty of its drill and dump tactics in Ecuador, Chevron has been on the run, spending billions on retaliatory legal attacks seeking to delay justice rather than fulfilling its legal obligations to carry out a full-scale environmental clean-up and provide potable water and health care to the communities it poisoned.”

The ruling affirms existing law, rejecting Chevron’s argument that there was no legal basis for the villagers to sue Chevron Canada, which was not part of the Ecuadorian judgment.

“This decision is the beginning of the end of Chevron’s abusive and obstructionist litigation strategy to avoid paying for the clean-up of the company’s extensive toxic contamination of our ancestral lands in Ecuador,” said Humberto Piaguaje, executive coordinator of the Union of Persons Affected by Texaco/Chevron, the local organization in Ecuador representing the communities suing Chevron.

“Chevron will now be forced to take the Ecuadorian judgment like any other, something it has desperately tried to avoid since our enforcement action was filed in Canada three years ago,” he said.

“We are confident that once Canadian courts review the fundamental fairness and strength of the judgment, it will be respected and Chevron will be forced to turn over any and all assets necessary to pay the amount ordered by the Ecuadorian court,” Piaguaje concluded. “When that happens, a measure of relief can finally come to thousands of innocent people who have suffered decades of environmental abuse at the hands of the company.”