U.S. officials say lawyers’ notes describing treatment of man for whom torture techniques were developed are classified, despite new rule 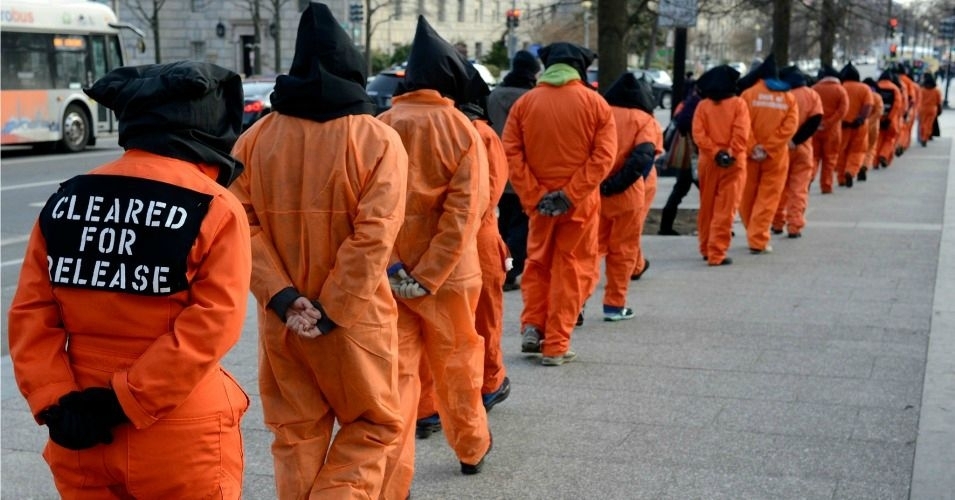 The detainee’s lawyer says the CIA is trying “guarantee that Abu Zubaydah never discloses what was done to him.” (Photo: Stephen Melkisethian/flickr/cc)

Guantanamo prisoner Abu Zubaydah detailed the torture that the CIA inflicted on him to his lawyers, but that information won’t be making it to the public eye.

Zubaydah, abducted in Pakistan and transferred to U.S. authorities in 2002, has been held at Guantanamo without charge or trial since 2006. A lawyer for Zubaydah in his proceedings against Poland and Lithuania before the European court of human rights has written that he

might now be described as exhibit A in the week’s Senate report. He has the regrettable distinction of being the first victim of the CIA detention programme for whom, as the report makes clear, many of the torture (or “enhanced interrogation”) techniques were developed, and the only prisoner known to have been subject to all of them. With no less than 1,001 references to Abu Zubaydah specifically, the Senate report confirms the Strasbourg court’s findings regarding the horrific conditions of detention and interrogation techniques to which he and others were subject.

Margulies and lawyers for other detainees said that the decision showed that the Obama administration plans to continue declaring detainees’ accounts of their own torture classified. A Central Intelligence Agency spokesperson declined to comment.

This is despite a rule change following the release of the Senate Intelligence Committee’s report on CIA torture. As the Huffington Post reported:

In January, the government modified its classification rules for the military commissions, the court system in which several Guantanamo detainees are being tried for war crimes. Under the new rules, the torture methods used in CIA prisons are no longer subject to classification, although any information that could reveal the locations where torture took place or the people who helped facilitate it remains secret.

Margulies told Reuters that he did follow those new rules, and that the CIA is trying “guarantee that Abu Zubaydah never discloses what was done to him.”

Investigative journalist and Guantanamo expert Andy Worthington has more details on Zubaydah, writing in May

Zubaydah has always been one of the most significant prisoners in the “war on terror”, not because of what he did, but because of what was done to him. The torture program was developed for him, leading to him being waterboarded 83 times, and it evidently severely damaged him physically and mentally, from the hints dropped by his lawyers over the years. In addition, the Bush administration publicly claimed that he was a significant member of al-Qaeda, when that was untrue — and, it seems, both the torture and the lies told about him means that he will probably never be charged, although there is no prospect of him being released either.

As the executive summary of the torture report revealed, his interrogators wanted assurances that, if he survived his torture, he would “remain in isolation and incommunicado for the remainder of his life,” and senior officials responded by stating that he “will never be placed in a situation where he has any significant contact with others and/or has the opportunity to be released.”

The fact that we know anything at all about Abu Zubaydah is in many ways remarkable. Although documents have been leaked (like his diaries, and, years before, the account of his imprisonment and torture by the CIA that he gave to the International Committee of the Red Cross), and other accounts have, eventually, been made publicly available (like the executive summary of the CIA torture report), every word that he has uttered to his lawyer since he arrived at Guantánamo nearly nine years ago remains classified — as does every word uttered to their lawyers by any of the “high-value detainees.”

The decision to block Zubaydah’s torture details comes the same week as the book Rebuttal: The CIA Responds to the Senate Intelligence Committee’s Study of Its Detention and Interrogation Program, written by former intelligence officials, hits shelves.

“The book,” writes Human Rights First’s Lucy Seyfarth, “fails to acknowledge any of the mistakes the CIA itself admits it made after 9/11, attempts to justify behavior that can never be justified, and insists on looking backward instead of preventing abuse in the future.”