‘Bureaucracies under political pressure from corporate stakeholders routinely shoot the messenger, even if they are wearing a lab coat.’ 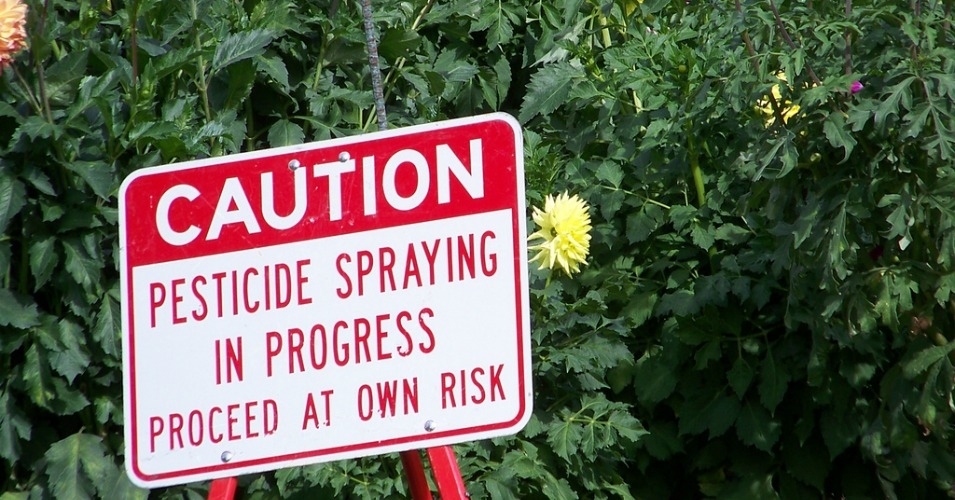 A USDA researcher says he was censored and punished for reporting on the harmful effects of pesticides like clothianidin. (Photo: jetsandzeppelins/flickr/cc)

A top scientist with the U.S. Department of Agriculture (USDA) filed a whistleblower complaint Wednesday that accuses the agency of harassment and retaliation for his work showing harmful effects on monarch butterflies from a class of widely used insecticides know as neonicotinoids, or neonics.

The department reportedly imposed a 14-day suspension (pdf) on Dr. Jonathan Lundgren, a senior research entomologist at the USDA, for publishing an unapproved report manuscript in a science journal on the “non-target effects” of a widely used neonic strain and for travel violations ahead of a presentation on the results to a scientific panel.

According to Lundgren and his supporters, the suspension was nothing more than censorship.

“Politics inside USDA have made entomology into a most perilous discipline,” said Laura Dumais, staff counsel with Public Employees for Environmental Responsibility (PEER), which filed the complaint on Lundgren’s behalf.

The case will be heard by the Merit Systems Protection Board, a federal civil service tribunal. Lundgren wrote in his complaint:

Since late March, I have been subjected to a sudden but escalating pattern of  impediments and disruption of my scientific work, restraints on my ability to communicate with scientific colleagues, as well as the media and a growing professional toll that is making further scientific work in ARS untenable. This abrupt onset of actions undoubtedly appears to have been prompted by the scientific activities that are supposed to be specifically safeguarded and encouraged under the USDA  Scientific Integrity Policy.

“It is USDA policy that political suppression and manipulation of science are not to be tolerated, but it is empty rhetoric,” Dumais added.

Neonics have long been linked to dramatic population losses for butterflies, bees, and other pollinators, which environmental experts say threatens food security.

Lundgren and other researchers also previously found that neonics on the whole did not increase crop yields for farmers—casting yet more doubts on the supposed efficacy of the controversial products.

The case also “raises questions about whether USDA is suppressing other research adverse to the interests of the agrichemical industry,” said Gary Ruskin, co-director of consumer advocacy group U.S. Right to Know. “Is this an isolated incident or part of a larger pattern? What else is USDA hiding about the health and environmental impacts of pesticides?”

As PEER executive director Jeff Ruch said on Wednesday, “Dr. Lundgren’s case underscores why legal protections for government scientists are sorely needed. Bureaucracies under political pressure from corporate stakeholders routinely shoot the messenger, even if they are wearing a lab coat.”