More than 5,400 minors from Central America applied to get in to US as refugees. All of them are still waiting. 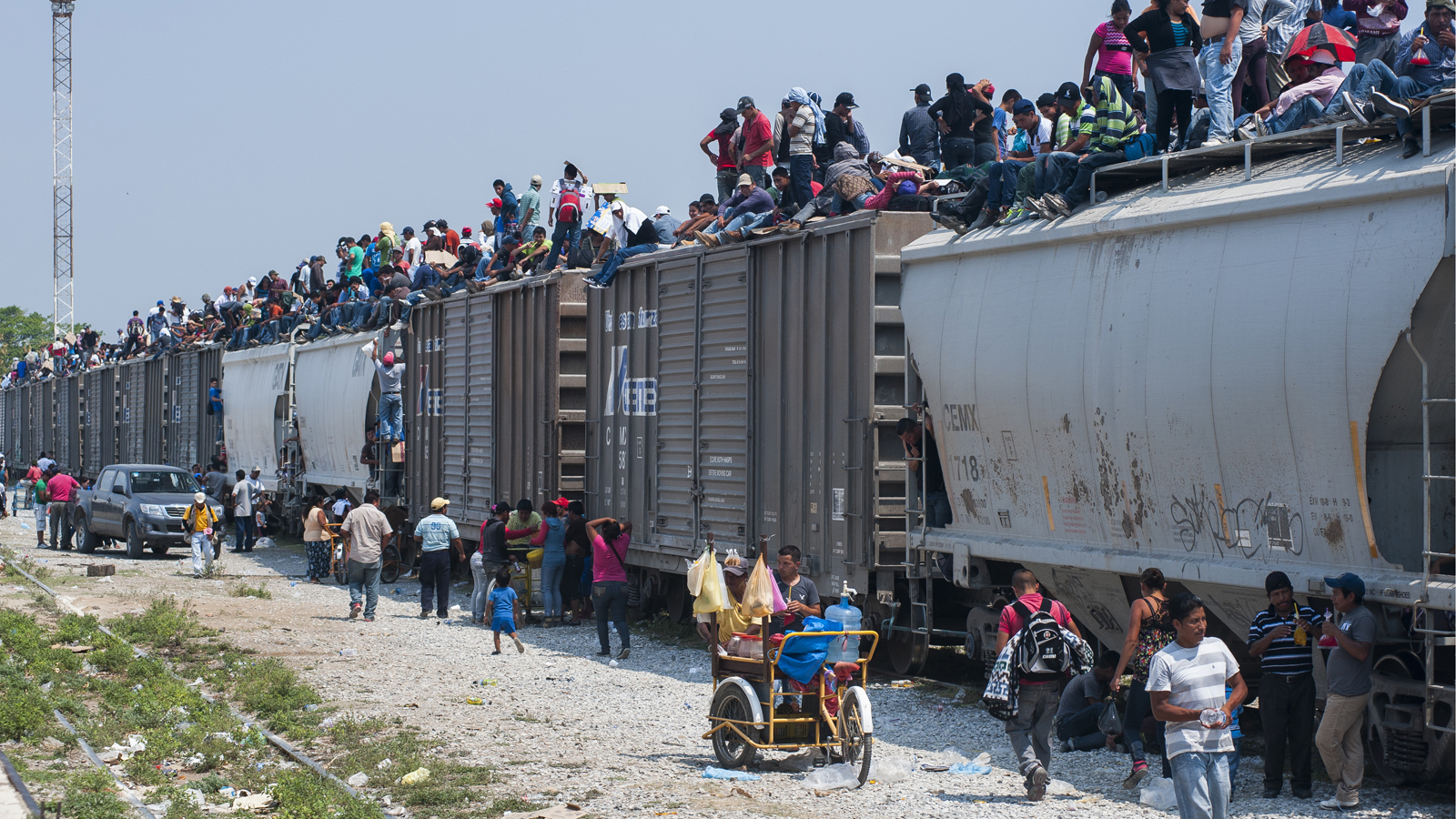 After an irregular entry into Mexico near Ciudad Hidalgo, to move north through the country, to the US border, many Central and South American migrants begin their journey in Arriaga, Chiapas, Mexico, the railhead of the freight train known as ‘La Bestia’ (The Beast), climbing atop of the rail cars, exposed to the elements and extortion by criminal gangs lying in wait along the route. Vendors sell food, water and cardboard pallets to lie on for the journey.

A year after President Barack Obama launched a program to grant asylum to Central American children fleeing violence or seeking to reunite with family members, the statistics are in: not one child has made it to the U.S. through that initiative.

New analysis by the New York Times published Thursday reveals that the Central American Minors Program, established last December, received asylum applications from more than 5,400 children in countries like El Salvador and Honduras, most of whom are seeking to escape street gangs or sexual assault—but none of them have been accepted.

In fact, only 90 children total were even interviewed by the Department of Homeland Security, and only 85 qualified for any sort of refugee status and even they remain languishing because their paperwork has not been filed.

“Really, it’s pathetic that no child has come through this program,” Lavinia Limón, the president and chief executive of the U.S. Committee for Refugees and Immigrants nonprofit, told the Times. Referring to administrative officials, she added, “I wonder if it were their child living in the murder capital of the world, whether they would have more sense of urgency.”

The Central American Minors program also allows the Department of Homeland Security to grant a two-year temporary entry into the United States for children who do not qualify as refugees. Those immigrants must apply to renew their entry status every two years and are not eligible to pursue American citizenship.

Obama announced his plan in response to the groundswell of young refugees making the dangerous and often-deadly trek across the U.S. border in massive numbers last year. But as immigration and human rights experts noted at the time, the program’s heartening promises of assisting vulnerable children did nothing to address sluggish bureaucratic roadblocks and ignored the U.S.’s own role in fueling the refugee crisis.

As Ivy Suriyopas, co-chair of the anti-trafficking group Freedom Network, explained in an op-ed last year:

[A]lthough the number of unaccompanied minors dropped in August, the 4,000 slots allocated for refugees from Latin America and the Caribbean for fiscal year 2015 is grossly insufficient.

In June alone, more than 10,000 unaccompanied minors crossed the U.S. border and in the ten months since October 2013, nearly 63,000 children have been identified at the border.

With so few spots and so many refugees, the Times wrote on Thursday, it’s little wonder the program has failed so completely.

“We need to fix the program so that it works and so that children have a real opportunity to get protection,” said Kevin Appleby, the director of migration policy at the United States Conference of Catholic Bishops. “They have to make the program workable. Right now, it’s not workable.”

State Department officials defended the delays, saying it was important to move slowly to avoid making mistakes. And principal deputy assistant secretary of state Simon Henshaw said the department was preparing to interview more than 400 children next month.

But that means little to children who are stuck in a violent limbo while their applications wait for processing.

“They have set up an elaborate, bureaucratic, step-by-step system,” said Limón. “The children are in danger, and they can’t wait. It’s just sad, and, I think, indefensible.”