“The Obama administration clearly recognized that it couldn’t present itself as a climate leader in Paris if it was peddling fossil fuels at home.” 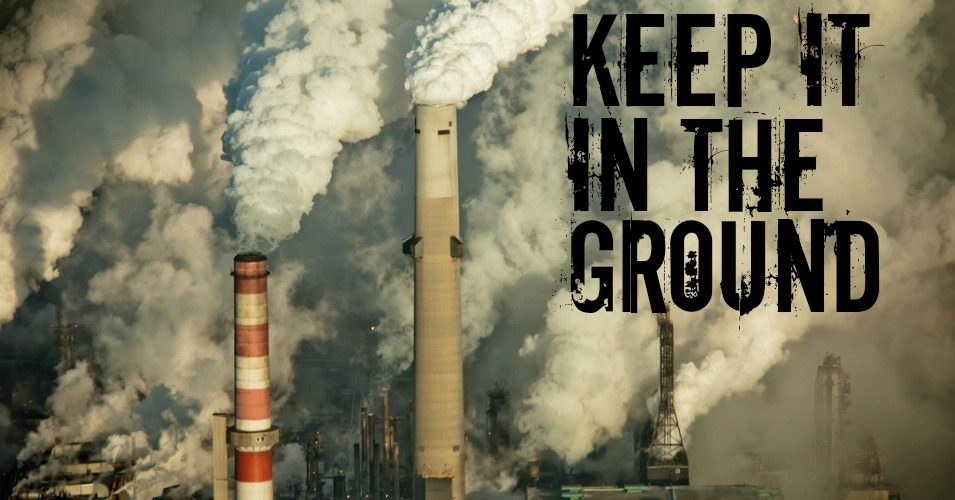 U.S. climate campaigners are claiming victory for their new and growing “keep it in the ground” campaign on Monday after the Obama administration postponed an auction for fossil fuel leases that was scheduled for later this week.

Given that approximately half the known fossil fuel reserves in the U.S. soil are beneath public lands managed by the federal government, climate activists have made ending exploitation of those deposits a key demand in the global fight to curb global warming. Following an announcement by the U.S. Bureau of Land Management that the auction in Washington, D.C. on Thursday would be “rescheduled” until March of next year, campaigners took it as a sign that their message is getting through.

According to the BLM, there were  nine parcels of federal land that would have been made available in the auction, including two 80-acre parcels in Arkansas and seven parcels in Michigan totaling 427 acres.

“Keeping fossil fuels in the ground has quickly become the new standard for climate leadership,” said Jason Kowalski, policy director of 350.org. Referencing the ongoing UN climate summit now entering its second week in France, he added, “The Obama administration clearly recognized that it couldn’t present itself as a climate leader in Paris if it was peddling fossil fuels at home.”

Kowalski continued by saying that since the Obama administration succumbed to movement pressure and rejected the Keystone XL pipeline just weeks ago, the international climate movement is entering a new phase by focusing on keeping untapped oil, gas, and coal reserves untouched and underground. “You’ll see many more protests like this over the year ahead,” he said, “especially that we now have such clear evidence that they work.”

The coalition celebrating Monday’s decision noted that scientists have made it clear that in order to keep global warming under 2°C, a target the United States has supported at the climate talks in Paris, let alone the 1.5°C that many vulnerable nations are calling for, more than 80% of known fossil fuel reserves must stay in the ground.

According to Taylor McKinnon from the Center for Biological Diversity,  “If the administration can’t handle the optics of auctioning fossil fuels while negotiating a climate deal in Paris, it shouldn’t be auctioning off fossil fuels at all. It’s time to end the federal fossil fuel leasing program to align public lands management with our climate goals and keep up to 450 billion tons of carbon pollution in the ground.”

Other groups involved in campaigning against the federal leasing program said it was clear that a planned demonstration outside the DC auction site on Thursday was a factor in its postponement.

Speaking from Paris, campaigns director for Oil Change International David Turnbull said, “Selling off public lands to the oil and gas industry amidst the Paris climate talks would have been the height of hypocrisy. We’re delighted to see this lease sale delayed but will be even more so once this fossil fuel leasing program is ended for good. Those of us working hard in Paris for a successful climate agreement need all the support we can get, and this victory for the keep it in the ground movement should put a little more wind in our sails.”

Though many have been impressed with Obama’s various statements and speeches on climate change in recent months, there remains enormous skepticism about whether his commitment to action matches up with the rhetoric.

“After bold statements for urgent climate action in Alaska and Paris,” said Marissa Knodel, climate campaigner for Friends of the Earth, “President Obama cannot claim climate leadership as long as his administration continues to offer our public lands and waters for fossil fuel exploitation. The Obama administration should take note: we will be back in March and at every other lease sale until he recognizes that his climate legacy depends on keeping fossil fuels in the ground.”