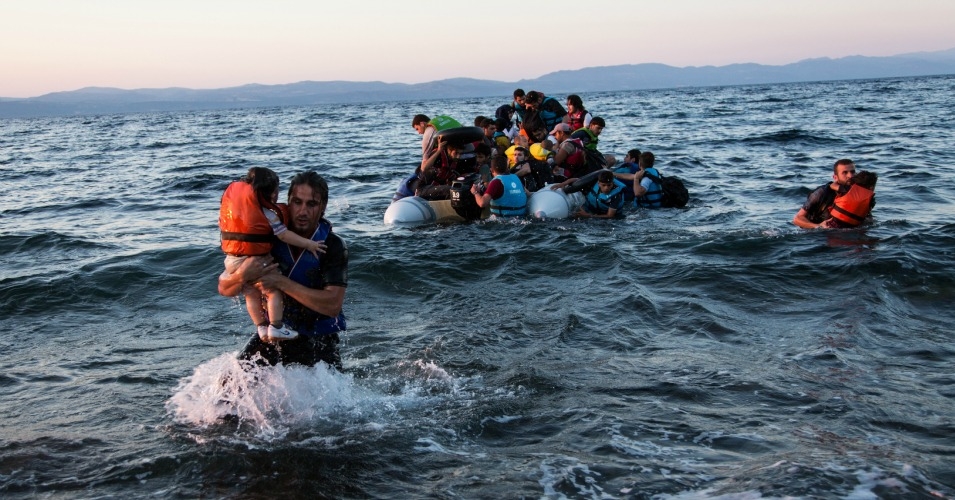 A group of Syrian refugees arrives on the island of Lesbos after traveling in an inflatable raft from Turkey near Skala Sikaminias, Greece. 15 July 2015. (Photo: UNHCR/Andrew McConnell)

As ongoing violence and conflicts continue to grip the warming planet, the number of people worldwide forced to flee their homes this year is on track to shatter all previous such records, the UN Refugee Agency (UNHCR) warned Friday.

For the first time ever, that number could hit 60 million by year’s end.

The figures on worldwide displacement are documented in the agency’s Mid-Year Trends 2015 report, which looked the number of people who were either refugees, asylum-seekers, or internally displaced.

In addition to ongoing conflict in Syria, which is fueling the biggest number of new refugees, other armed conflicts including those in Afghanistan, Ukraine, and South Sudan have contributed to the high number as well “staggering levels of human suffering.” And for the fist time since 1992, the number of global refugees surpassed 20 million—20.2—at mid-year.

As the UNHCR explains, the figures mean that at one person in every 122 has been forced to flee their home, and roughly 4,600 are driven from their countries every day.

The report also states that the prospect for those who’ve fled of being able to safely return home hasn’t been this dim in over three decades.

“Forced displacement is now profoundly affecting our times,” stated High Commissioner for Refugees António Guterres. “It touches the lives of millions of our fellow human beings—both those forced to flee and those who provide them with shelter and protection.

“Never has there been a greater need for tolerance, compassion and solidarity with people who have lost everything,” he added. 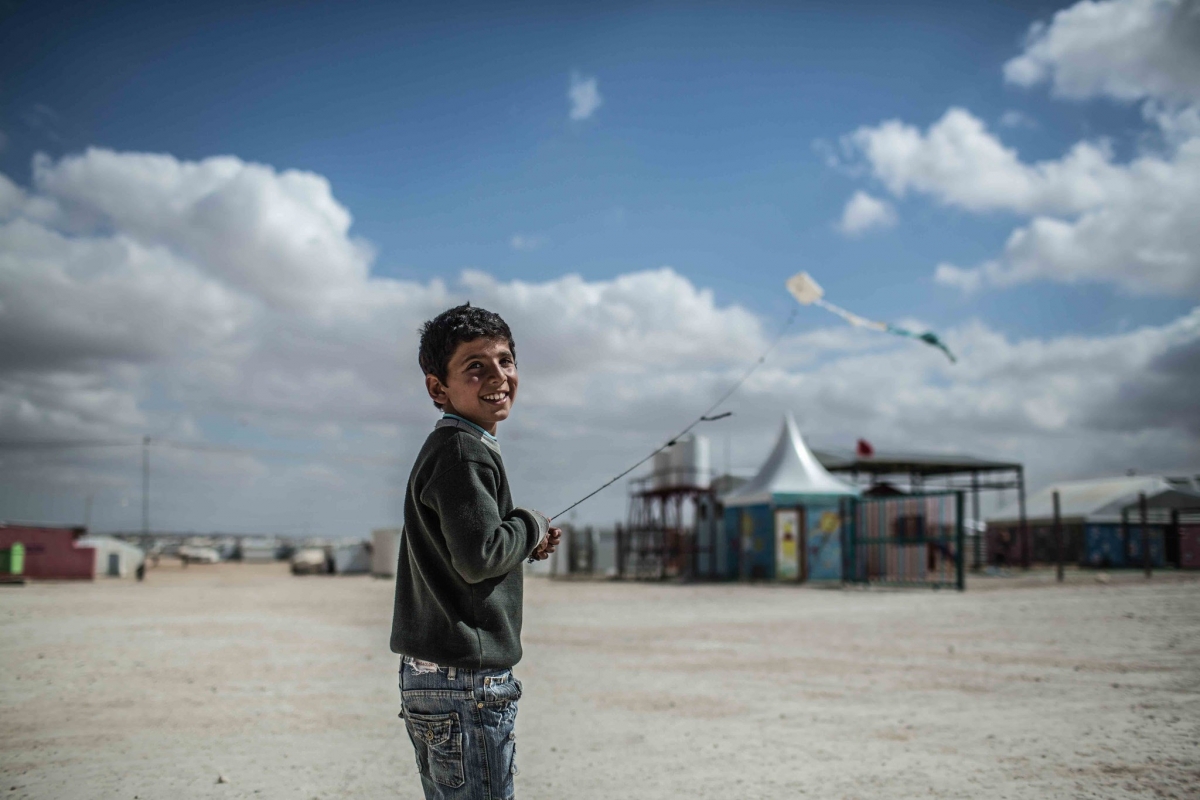 “Every time I fly my kite, I feel free,” says this 13-year-old from Daraa in Syria at the Zaatari refugee camp in Jordan. (Photo: Oxfam International/flickr/cc)

Ongoing chaos has taken a particularly devastating toll on the youngest members of our societies, the UN children’s agency stressed.

“The impact on children” from the mass displacement crisis, she said, is “unprecedented.”

Addressing the crisis at a forum in Geneva this week, Guterres said, “Our world today is at a crossroads,” and stated that the overlapping root causes of displacement must be addressed.

“From a humanitarian perspective, this juncture is defined by two ‘mega-problems’ in an environment of global insecurity: a seemingly uncontrollable multiplication of violent conflicts in an environment of global insecurity, and the pervasive and growing effects of natural hazards and climate change that are already shaping our present and will shape our future even more,” he said.

Thirteen-year-old Syrian refugee Kinan Masalmeh offered a message in September for how to help refugees: “Just stop the war.”