‘Are we a democracy of, by, and for the people, or are we to be ruled by an elite, moneyed class?’ 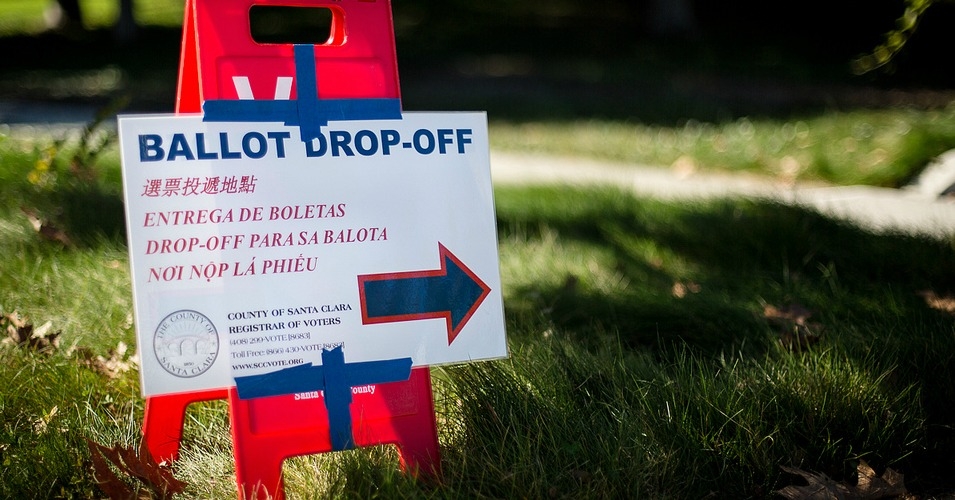 The California high court decision paves the way for the state legislature to put the ballot measure before voters statewide in 2016. (Photo: hjl/flickr/cc)

When it ruled Monday that California lawmakers can ask for voters’ opinions on campaign-spending laws, the state Supreme Court underscored “that the ultimate power of our government is vested in the people,” Common Cause senior vice president Karen Hobert Flynn declared in the wake of the decision.

By upholding the legality of Proposition 49—which would ask voters whether Congress should propose an amendment overturning the 2010 U.S. Supreme Court decision known as Citizens United—the court spoke “directly to the question we have faced since the Citizens United ruling,” Hobert Flynn continued. “Are we a democracy of, by, and for the people, or are we to be ruled by an elite, moneyed class, where the power of government rests in the hands of a few wealthy special interests?”

The San Jose Mercury News reported on the 6-1 decision:

The California Supreme Court on Monday for the most part upheld the state Legislature’s power to put nonbinding, advisory measures on the ballot—allowing state politicians to essentially test the waters on issues with voters without actually enacting new laws. The justices left some questions unanswered as to how far the Legislature can go in using such measures in the future.

The unprecedented legal test stems from Proposition 49, a measure removed from the November 2014 ballot by the state’s high court that sought voter views on whether Congress should be asked to overturn the U.S. Supreme Court’s controversial 2010 Citizens United ruling on unlimited independent campaign spending.

“Long-standing historical practice among the states demonstrates a common understanding that legislatures may formally consult with and seek nonbinding input from their constituents on matters relevant to the federal constitutional amendment process,” the ruling read in part.

“We see no evidence the drafters of the California Constitution intended to deprive the Legislature of a tool other state legislatures have long used to ensure they are truly speaking on behalf of their states in the federal constitutional amendment process,” Justice Kathryn M. Werdegar wrote for the state’s high court.

The development paves the way for the state legislature to put this issue before voters statewide in 2016. “I certainly expect it to be on the ballot one way or another,” Derek Cressman, who was the campaign manager for the proposition before it was removed from the ballot, told the LA Times. Hundreds of thousands of Californians also have spoken in support of an amendment through local advisory referenda, Common Cause points out.

A similar advisory referendum is slated to appear on the ballot this November in Arkansas. And in Washington state, backers of yet another initiative aimed at overturning Citizens United submitted 330,000 signatures to the secretary of state at the end of December—more than enough to qualify the measure for the 2016 ballot.

“Coast-to-coast, Americans are determined to break the hold of big money donors on our politics,” said Hobert Flynn, “from city hall and the county courthouse to the national capitol and the White House.”