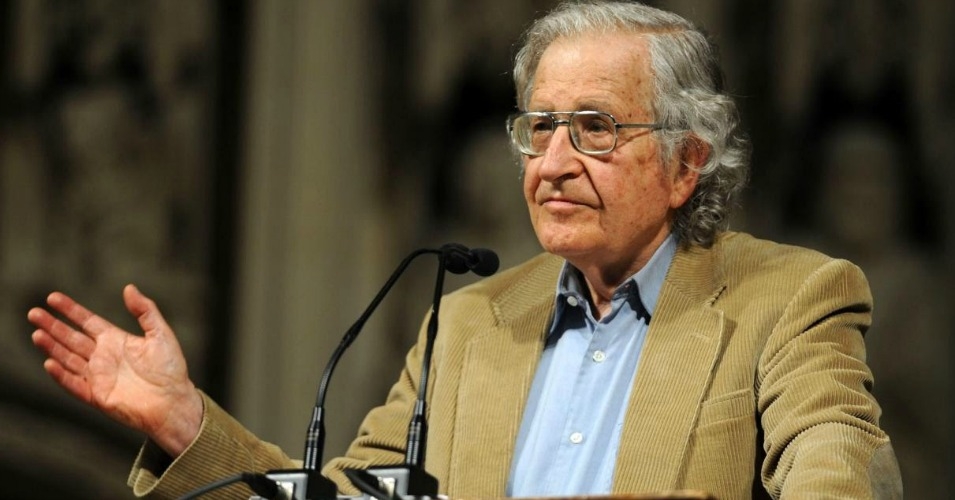 World-renowned intellectual Noam Chomsky has accused Turkey’s President Recep Tayyip Erdoğan of launching a “tirade against those who condemn his crimes against Kurds, who happen to be the main ground force opposing ISIS in both Syria and Iraq.” (Photo: Youtube/file)

Global outcry over academic freedom and human rights has erupted following news on Friday that the Turkish government of President Recep Tayyip Erdoğan has arrested at least 18 academics and scholars for signing an open letter last week calling for the end of Turkey’s brutal treatment of the country’s Kurdish people.

The controversy has been elevated internationally by the involvement of Noam Chomsky and other high-profile academics who have also expressed public contempt for Turkey’s policies towards the Kurds as well as Erdoğan’s double-standards on fighting “terrorism” both inside his own country and in neighboring Syria.

Police have detained at least 12 academics over alleged “terror propaganda” after they signed a petition together with more than 1,400 others calling for an end to Turkey’s “deliberate massacre and deportation of Kurdish people”.

In a crackdown, condemned by the US ambassador as “chilling”, police are also still processing the paperwork of nine other academics who also face arrest.

President Recep Tayyip Erdoğan, has severely criticised the signatories, including political scientist Noam Chomsky and the Slovenian philosopher Slavoj Žižek, and called on the judiciary to act against their alleged treachery.

Prosecutors launched an investigation into the academics over possible charges of insulting the state and engaging in terrorist propaganda.

Staff from 90 Turkish universities calling themselves “Academicians for Peace” signed the petition last week calling for an end to the military campaign against the Kurds and accusing the government of breaching international law.

Offering further details, the state-run Anadolu Agency reported that 15 academics from Kocaeli University in northwestern Turkey and three from Uludag University in the neighboring province of Bursa were among those detained for questioning. Chief Prosecutor Mustafa Kucuk accused the group of spreading terrorist propaganda and “insulting the moral integrity of the state.” Prime Minister Ahmet Davutoglu implied the academics had chosen to “align” themselves with terrorists.

On Friday, students protested the arrests under the banner “don’t touch my teacher.”

Citing signatories that asked not to be named, the Guardian reported that some of the academics who signed the petition have been the subject of a backlash by nationalist students and the government.  One accused Erdoğan of a launching a witch hunt against the group while denying charges that the letter demanding reconciliation with the Kurdish population, and re-committing to peace negotiations with the Kurdish Workers Party (PKK), should be interpreted as “sympathizing with terrorists.”

“Students and extreme rightwing groups have been circulating our pictures on social media or pamphlets, accusing us of being PKK terrorist teachers,” said one. “They have said we won’t let you breathe in this city or this university. So the threats are very direct.”

The petition letter signed by those now detained—and posted online here—reads in part:

The Turkish state has effectively condemned its citizens in Sur, Silvan, Nusaybin, Cizre, Silopi, and many other towns and neighborhoods in the Kurdish provinces to hunger through its use of curfews that have been ongoing for weeks. It has attacked these settlements with heavy weapons and equipment that would only be mobilized in wartime. As a result, the right to life, liberty, and security, and in particular the prohibition of torture and ill-treatment protected by the constitution and international conventions have been violated.

We demand the state to abandon its deliberate massacre and deportation of Kurdish and other peoples in the region. We also demand the state to lift the curfew, punish those who are responsible for human rights violations, and compensate those citizens who have experienced material and psychological damage. For this purpose we demand that independent national and international observers to be given access to the region and that they be allowed to monitor and report on the incidents.

Chomsky, the MIT linguistics professor and one of the world’s most prominent leftist intellectuals, has been entangled in a very public debate with Erdoğan in recent days as he defended both the signers of the petition and its contents.

After Erdoğan publicly invited Chomsky to visit the country and allow the government to “host” him with a tour of various regions, the suggestion was rebuffed. “If I decide to go to Turkey,” Chomsky wrote in an email to the Guardian on Thursday, “it will not be on his invitation, but as frequently before at the invitation of the many courageous dissidents, including Kurds who have been under severe attack for many years.”

Chomsky did not back down from his critiques of the Turkish government and echoed the message of the original letter by calling on authorities to end the massacre of the Kurdish people and lift the siege imposed on their communities. Chomsky also repeated his accusation (and one shared by many others) that in addition to waging a war against his own people, Erdoğan continues to bolster various military factions across the border in Syria, including ISIS and the al Nusra Front.

“Turkey blamed ISIS (for the recent attack in Istanbul), which Erdogan has been aiding in many ways, while also supporting the al-Nusra Front, which is hardly different,” Chomsky wrote in his Thursday email. “He then launched a tirade against those who condemn his crimes against Kurds, who happen to be the main ground force opposing Isis in both Syria and Iraq. Is there any need for further comment?”