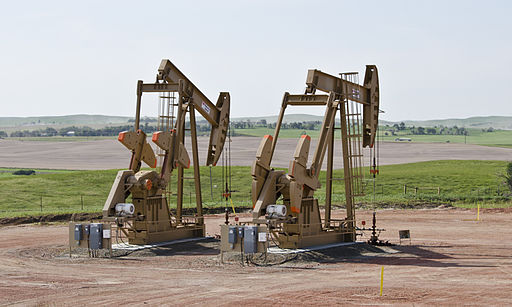 From a glut in the U.S. supply to fears concerning what will happen now that sanctions on Iran have been lifted, the market for oil is tanking considerably — so much so that one supplier of crude in North Dakota finds itself in the odd position of paying people to take its product.

North Dakota Sour, a high-sulfur crude that’s more expensive to refine than other varieties, has now been listed at -$0.50 per barrel — down from $13.50 per barrel a year ago and $47.60 per barrel in 2014,Bloomberg reported.

“Telling producers that they have to pay you to take away their oil certainly gives the producers a whole bunch of incentive to shut their wells,” said Andy Lipow, president of Lipow Oil Associates, LLC, about the current crude surfeit, according to Bloomberg. The news outlet also cited executive vice president of Turner Mason & Co., John Auers, as explaining that this particular crude only represents a small portion of North Dakota’s production, with “15,000 barrels a day coming out of the ground.”

While North Dakota Sour is a fraction of the market, oil prices in general have been sliding substantially. Brent and West Texas International (WTI), which serve as benchmarks for global oil pricing, are both solidly under $30 per barrel, with some market analysts — who cite the coming return of Iran and its potential influx of 500,000 barrels per day to the market — predicting a possible return to the $25 mark. Just 18 months ago, Brent crude hovered around $115. U.S. producers have thus far refused to ramp down output from 9 million barrels a day, despite demand described in a note from the U.K.’s Barclay’s Bank as “spectacularly weak.”

In fact, oversupply looks to be an ongoing issue for at least two years, according to fund manager with T. Rowe Price, Shawn Driscoll, whom MarketWatch’s Howard Gold cites for his uncannily accurate oil price predictions. Even without accounting for Iran’s coming production, Driscoll explained, “our model is saying we’re still oversupplied a million barrels a day in ‘16.”

Canadian producers are feeling the pain, as well, with hotly disputed tar sands bitumen — the substance at the heart of the Keystone XL Pipeline controversy — having slumped from as high as $80 less than two years ago to just $8.35 last week, said Bloomberg. Putting the finances aside, the dramatic price plunge has meant drastic reductions in energy sector jobs, particularly in Alberta, with an alarming correlation to an increase in the province’s suicide rate. As reported by CBC, in 2015, the chief medical examiner reported a 30% increase in the suicide rate over the previous year — though that number is expected to climb even higher once statistics have been fully compiled.

Meanwhile in the U.S., one group has welcomed the oil price slump with open arms: motorists. Gas stations in two locations in Michigan dropped prices below $1 per gallon; and at the time of publication, the average gas price in the nation was an unbelievable $1.89 per gallon — a price not seen here since March 2009, according to AAA.